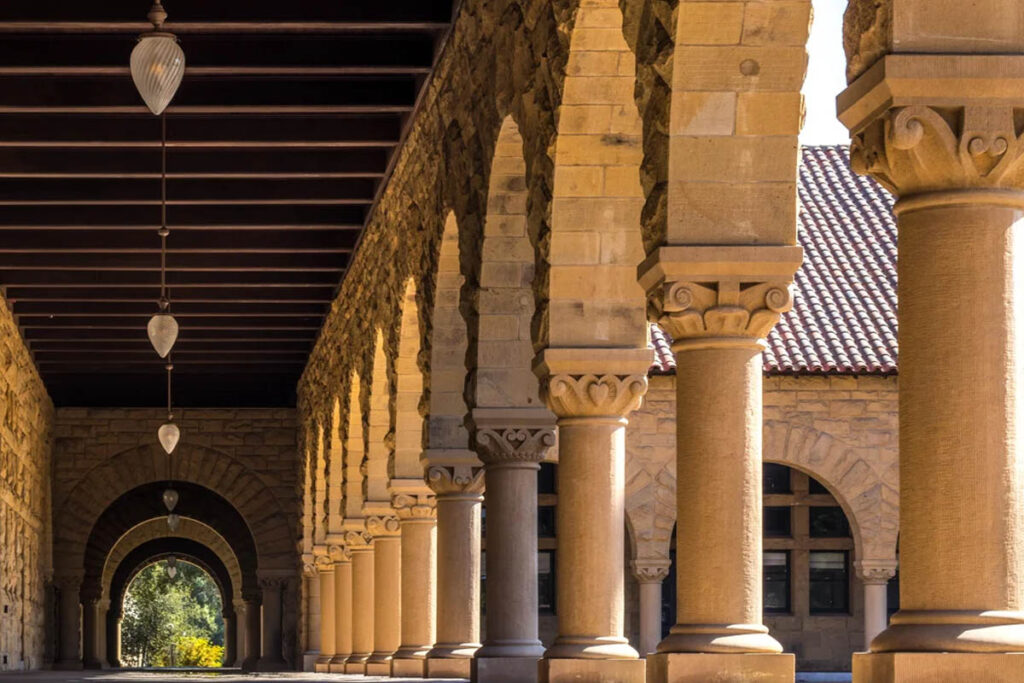 The Stanford Doerr School of Sustainability, the university’s first new school in 70 years, is expected to launch in September and tackle urgent questions facing the planet. The scale of the initiative positions the university to catalyze efforts to combat climate change worldwide.

“We are facing the defining issue of the 21st century,” said Arun Majumdar, who has been named the first dean of the school. The issue encompasses climate, water, food and other complex problems the planet faces, so the goal is to have “a global movement to address these challenges at scale, and at speed. … This decade is the most important,” he said.

“The more we delay, the worse off we are.”

The gift from John and Ann Doerr is the largest in the university’s history. It is the second-largest gift to higher education, according to the Chronicle of Higher Education, which tracks philanthropic donations to academic institutions. It is exceeded only by Mike Bloomberg’s 2018 gift of $1.8 billion for student financial aid to Johns Hopkins University.

And the aim is even more ambitious.

“Our goal is to make sure our kids have a habitable planet,” Ann Doerr said.

“We asked ourselves, ‘Are we doing all that we can to address the central issue of our time?’ ” said Stanford President Marc Tessier-Lavigne on the problem of climate change and the need to create a sustainable future for our planet.

“We know that this the decisive decade,” said John Doerr, a Silicon Valley venture capitalist, engineer and author of best-selling books about climate change and impact. He said he looked forward to both immediate results and long-term visions and breakthrough technologies.

In all, $1.69 billion in combined gifts for the school were announced by Stanford on Wednesday. The school will focus on eight academic fields including climate change, sustainable cities, energy technology, and human society and behavior. It will have interdisciplinary institutes to bridge those fields. Existing institutes focused on energy and the environment will be joined by a new Institute for Sustainable Societies.

And it will have an accelerator giving grants to jump-start policy and technology initiatives — taking them “from idea to impact,” to allow an idea in the lab to be more swiftly prototyped than could typically happen in academia, Tessier-Lavigne said.

The school will be focused on both near- and long-term time frames, from the immediate projects of the accelerator within the next five to 10 years, to the issues the institutes tackle over the next 15 to 20 years, to those problems the academic departments grapple with that may most impact the next generation, Tessier-Lavigne said.

It will be housed in multiple buildings with rooftop gardens on a new Sustainability Commons area on the west side of campus, with 90 existing faculty members expected to be joined by an additional 60 new professors over the next decade. The gift will increase financial aid to graduate students and postdoctoral fellows.

Majumdar is professor of mechanical engineering, senior fellow and former co-director of the Precourt Institute for Energy at Stanford. He has also worked in the government and industry, serving as vice president for energy at Google, and said the school would combine the intellectual might of students and scholars with external organizations to craft innovative solutions. We do not inherit Earth from our ancestors, he said; we borrow it from our children. “We must create a future in which humans and nature thrive together.”

The school won’t rule out gifts from fossil fuel companies, Majumdar said. “We will partner with those who want to be part of the solution.”

Last month, some of the world’s top researchers warned that humans face the consequences of unchecked climate change if they did not have the courage to take decisive collective action, according to a report from the U.N. Intergovernmental Panel on Climate Change.

And many schools, such as Columbia and Harvard universities, and the University of California at Berkeley, have identified environmental research as a priority.

No single institution can solve the problem, Majumdar said; a whole team of academia, business, nonprofits, governments and others will be needed to move and to mobilize. “We’ll play our small role in that mobilization,” he said, to get those partnerships together, “and get it going.”

Jason Bordoff, who is co-founding dean of the Columbia Climate School, said the institution welcomes the opportunity to work with Stanford and many others in the years to come. When Columbia created the Climate School in 2020, “the vision for success was that years from now there would be numerous schools focused on climate change, and we’d look back and wonder how we ever thought we could tackle a problem of this complexity without universities making the strongest commitment they can to climate action through entire schools focused on the problem,” Bordoff said. “We need all hands on deck right now in climate philanthropy and climate scholarship, and John Doerr’s historic gift is an extraordinary commitment to that work.”

The thing that attracted the Doerrs to Stanford was its combined focus on “policies, human behavior, environmental justice and technologies,” John Doerr said, because “we know this is a problem of not just invention, but deployment and adoption and adaptation,” and Stanford has a track record of bringing innovation to the world.