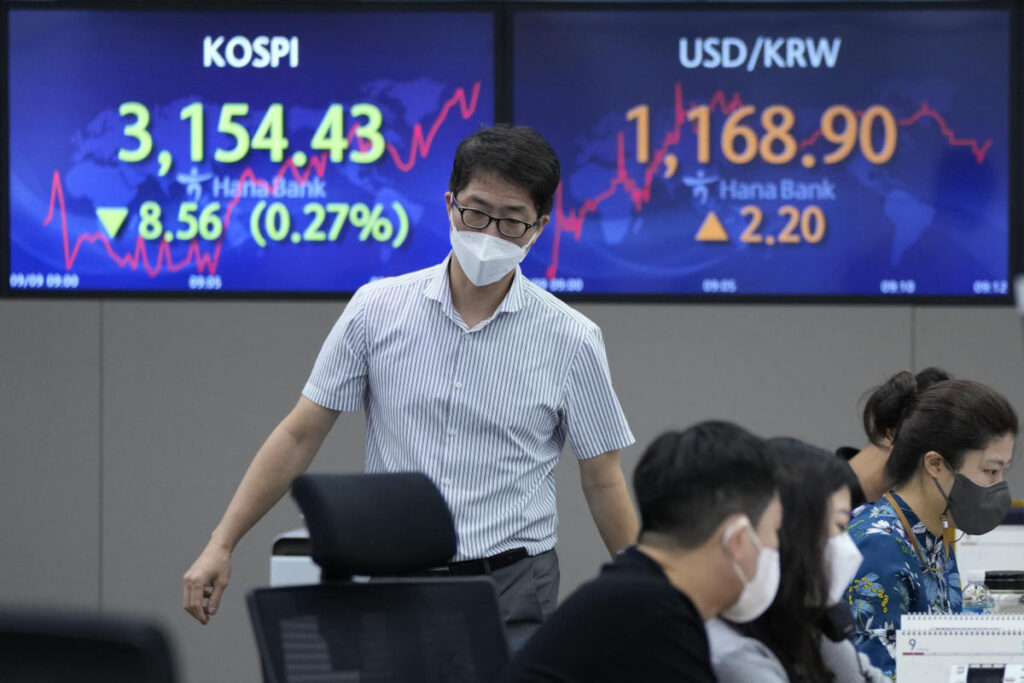 Shares were mixed in Asia on Wednesday after a wobbly day on Wall Street closed out a month buffeted by worries about a possible recession, inflation and rising interest rates.

The extra budget, for the current fiscal year that started April 1, will fund part of a $48 billion emergency economic package the government adopted in April. It includes subsidies to oil wholesalers to minimize the impact on consumers.

That was slower than the 3.6% growth in the last quarter of 2021 but still relatively strong, analysts said.

“The solid rise in Q1 GDP supports our view that the economy will hold up better in the face of rising interest rates and falling real incomes than most anticipate,” Marcel Thieliant of Capital Economics said in a note.

Hong Kong’s Hang Seng fell 0.5% to 21,307.95 and the Shanghai Composite index shed 0.2% to 3,178.96. Both indexes rose sharply on Tuesday as Shanghai eased its stringent anti-virus limits on businesses and other activities.

South Korea’s markets were closed for a holiday. India’s benchmark rose while Taiwan and Thailand declined.

Oil prices rose after falling back from near $120 per barrel. Benchmark U.S. crude rose 75 cents to $115.43 per barrel in electronic trading on the New York Mercantile Exchange. It slipped 40 cents to $114.67 per barrel on Tuesday.

Highlighting worries about inflation, oil prices surged earlier Tuesday after the European Union agreed to block the majority of oil imports from Russia because of its invasion of Ukraine.

The jump of more than 50% for oil prices so far this year is a big part of the high inflation sweeping the world. A report Tuesday showed inflation in the 19 countries that use the euro currency hit 8.1% in May, the highest level since records began in 1997.

Through mid-May, the S&P 500 tumbled to seven straight losing weeks for its longest such streak since the dot-com bubble was deflating two decades ago. Slowing data on the U.S. economy heightened worries that high inflation will force the Federal Reserve to raise interest rates so aggressively that it will cause a recession.

President Joe Biden met with Federal Reserve Chairman Jerome Powell on Tuesday, their first since Biden renominated Powell to lead the central bank and weeks after the Senate confirmed a second term.

Stocks have managed to avoid a full-blown bear market, at least so far, with the S&P 500 yet to close more than 20% below its record. Speculation has grown that the Fed may consider a pause in rate hikes at its September meeting.

Starting on Wednesday, the Fed will begin allowing some of the trillions of dollars’ worth of Treasurys and other bonds that it amassed through the pandemic to roll off its balance sheet. Such a move should put upward pressure on longer-term Treasury yields, and it’s one way the Fed is trying to stamp out inflation by slowing the economy.