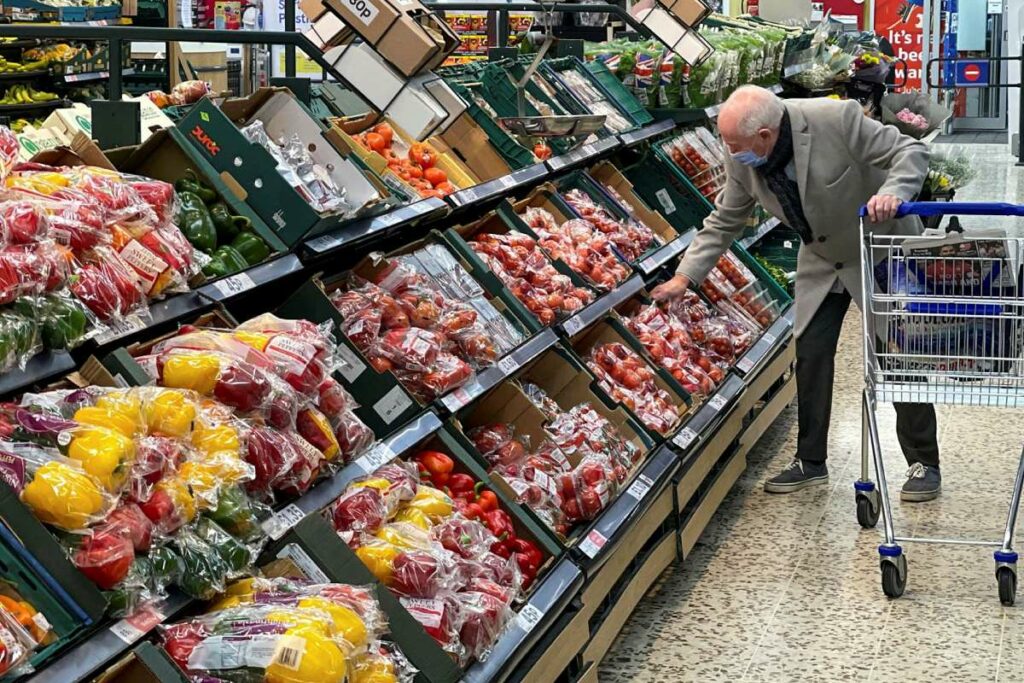 Inflation in Europe soared to another record, according to new EU figures released Friday, in a fresh sign that rising energy prices fueled by Russia’s war in Ukraine are squeezing consumers and adding pressure on the central bank to raise interest rates.

Consumer prices in the 19 countries that use the euro currency rose by an annual rate of 7.5% in March, according to the European Union statistics agency, Eurostat.

The latest reading smashed the high set just last month, when it hit 5.9%. It’s the fifth straight month that inflation in the eurozone has set a record, bringing it to the highest level since recordkeeping for the euro began in 1997.

Rising consumer prices are a growing problem around the world, making it more difficult for people to afford everything from groceries to their utility bills. Spiking energy costs are the main factor driving inflation in Europe, with those prices surging 44.7% last month, up from 32% in February, Eurostat said.

Oil and gas prices had already been rising because of increasing demand from economies recovering from the depths of the COVID-19 pandemic. They jumped higher after Russia, a major oil and gas producer, invaded Ukraine, on fears that sanctions and export restrictions could crimp supplies.

It’s also getting more expensive to eat in Europe. Food costs, including alcohol and tobacco, rose 5%, compared with 4.2% in the prior month.

Mina Agib, who runs an Egyptian restaurant called Meya Meya in Berlin, said prices for frying oil and meat have shot up by 70% to 100% recently.

“Who isn’t affected?” Agib replied, when asked whether he’s feeling the impact of rising prices.

Two weeks ago, one of his suppliers said meat prices would increase by 70 euro cents (77 cents) per kilogram, Agib said. “They told us to expect another increase next week.”

To avoid losing money, Agib has had to raise the price of some dishes. One customer, angry at having to pay half a euro more for a plate of sliced meat, dips and salad, posted a negative online review — the first since his restaurant opened over a year ago.

“We’re between a rock and a hard place,” he said. “We want to keep customers happy with high-quality ingredients and homemade food. But we also have to pay the prices our suppliers demand.”

At an outdoor market this week in Cologne, Germany, shopper Andreas Langheim also bemoaned how life was getting more expensive.

“I can see the effect of increasing prices, especially here at the market,” Langheim, 62, said as he picked up some bread from a bakery van. “Everything is more expensive now.”

Prices also increased for goods like clothing, appliances, cars, computers and books, up 3.4% from the 3.1% set the month before, and for services, which were up 2.7% from 2.5%.

The latest figures make it more urgent for the European Central Bank to get off the sidelines and take action, analysts said. The bank is balancing record inflation with the threat that the war may hurt an economy under pressure. Last month, it sped up its exit from economic stimulus efforts to combat inflation, but has not taken more drastic steps.

“We think that the ECB will soon conclude that it can’t wait any longer before starting to raise interest rates,” Jack Allen-Reynolds, senior Europe economist at Capital Economics, said in a report.

Other central banks have started raising rates, including in the U.S., where inflation has soared to a 40-year high of 7.9%. European countries that don’t use the euro, including Britain, Norway and the Czech Republic have done the same.

“Inflation is rising because raw materials prices are going up, in particular those for foodstuffs. Those are the ones that hit hardest a family’s buying power,’’ Draghi told foreign journalists Thursday. “Shortages in some raw materials creates a bottleneck in production and forces further price hikes.’’

Draghi said that as long as inflation remains temporary, governments can respond with budgetary measures, such as payments to help low-income families with higher heating and electricity costs. But if it becomes a longer-term issue, the response will have to be structural, he said.

Italy’s construction industry has raised the alarm over how jobs at thousands of public and private construction sites are at risk from inflation. It warned that the sector could not only slow down but come to a complete halt because of soaring costs for fuel and raw materials, including iron, reinforced concrete and steel, which has doubled in price.

EuropeFoodFuelInflation
Previous ArticleFintech Is Becoming Popular. Bloom Has Launched an App for Investing in Climate Change RepercussionsNext ArticleIn the United Kingdom, P&O Ferries Has Been the Target of a Criminal Investigation Into Crew Firings