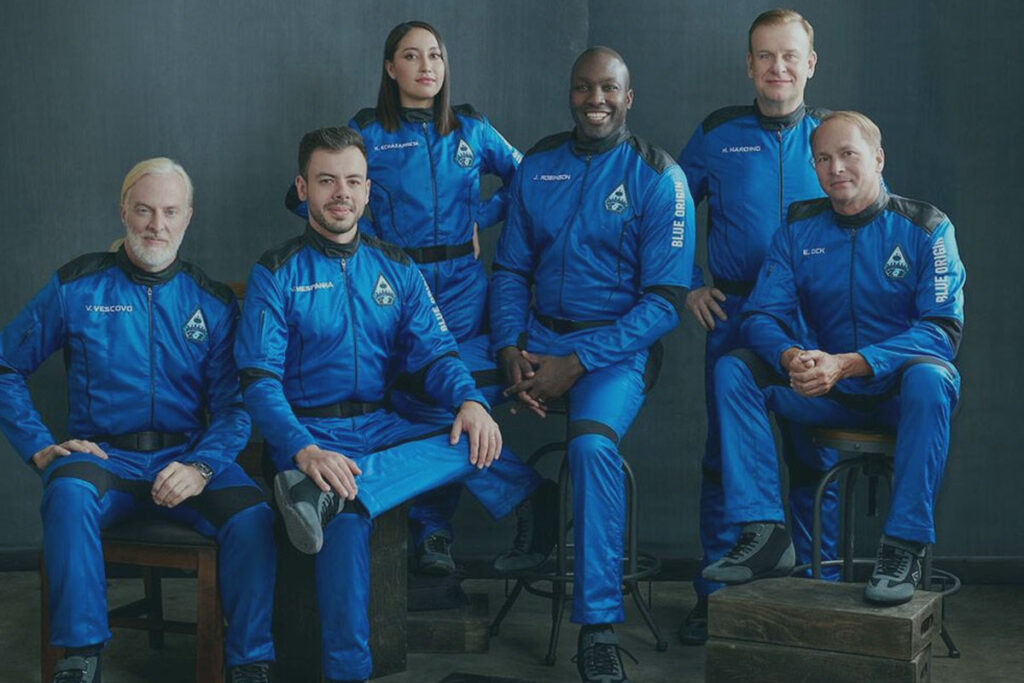 Blue Origin’s fourth flight landed successfully in March in West Texas after taking six passengers for a 10-minute journey to the edge of space.

“It was an honor to fly this special crew of explorers and true pioneers today,” said Phil Joyce, senior vice president for New Shepard.

“Each mission is an opportunity to provide another six people the life-changing experience of witnessing the beauty and fragility of our planet from space.”

The company’s suborbital joyride lasts about 10 minutes from liftoff to touchdown and hits an altitude of about 350,000 feet (106 km), treating passengers to a few moments of weightlessness before a descent back to Earth for a parachute landing.

It forms part on an ongoing effort by a handful of companies, including Elon Musk’s SpaceX and Richard Branson-founded Virgin Galactic, striving to make space travel a reality.

So far, Axiom, SpaceX and NASA have touted such missions as a milestone in the expansion of privately funded space-based commerce, constituting what industry insiders call the “low-Earth orbit economy,” or “LEO economy.”

Analysts applauded Saturday’s latest series of ambitious rocket-powered expeditions bankrolled by private investment capital and wealthy passengers rather than taxpayer dollars six decades after the dawn of the space age.