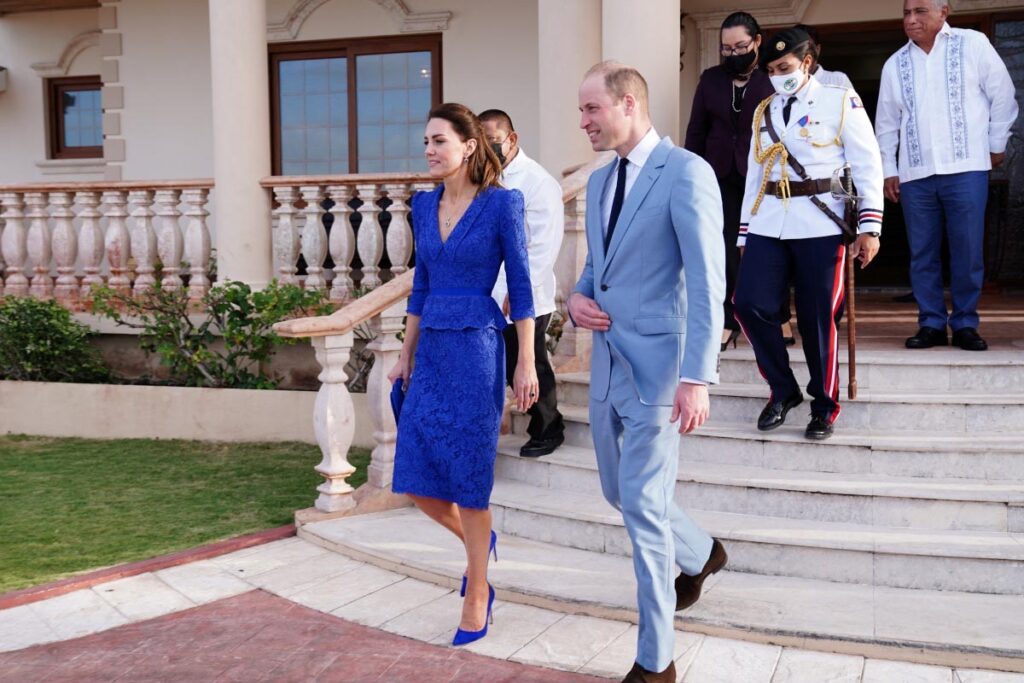 Prince William and his wife Kate were due to visit a chocolate business in Belize on Sunday a day after arriving in the country for a weeklong Caribbean tour that spurred a local protest even before they left Britain.

The arrival of the Duke and Duchess of Cambridge on Saturday in Belize, a Central American nation known until 1973 as British Honduras, coincides with the celebration of Queen Elizabeth’s 70th year on the throne and comes at a time of growing scrutiny of past British conduct in the region.

Their visit to the region takes place nearly four months after Barbados voted to become a republic, cutting ties with Britain’s monarchy but remaining part of the British-led Commonwealth of Nations.

An event for the couple initially planned for Sunday morning in the southern village of Indian Creek was canceled after a few dozen residents staged a protest on Friday. Villagers said they were upset that the royal couple’s helicopter was given permission to land on a local soccer field without prior consultation. Locals are also in a land dispute with a conservation group supported by the royal family.

Instead, the couple will embark on the Che’il Mayan Chocolate tour, organized by a local business, officials said.

Afterward, they are due in Hopkins village, a traditional Garifuna community. The Garifuna are descendants of Africans and indigenous Kalinagos who moved along the islands and coast of the region to escape slavery.

The duke and duchess are due to stay in Belize until Tuesday morning, then visit Jamaica and the Bahamas.

Debates over colonial-era abuses and plans to seek reparations for slavery in Jamaica could push more countries to follow the recent move by Barbados, according to academics.

Some Belizeans said they hoped the royal couple would come away from the visit with a deeper understanding of the country. Others said they would not be paying much attention.

“We’re not even going to see these people,” said Yamira Novelo, a resident of Belize City, “so I feel indifferent other than I wonder how this will affect traffic.”