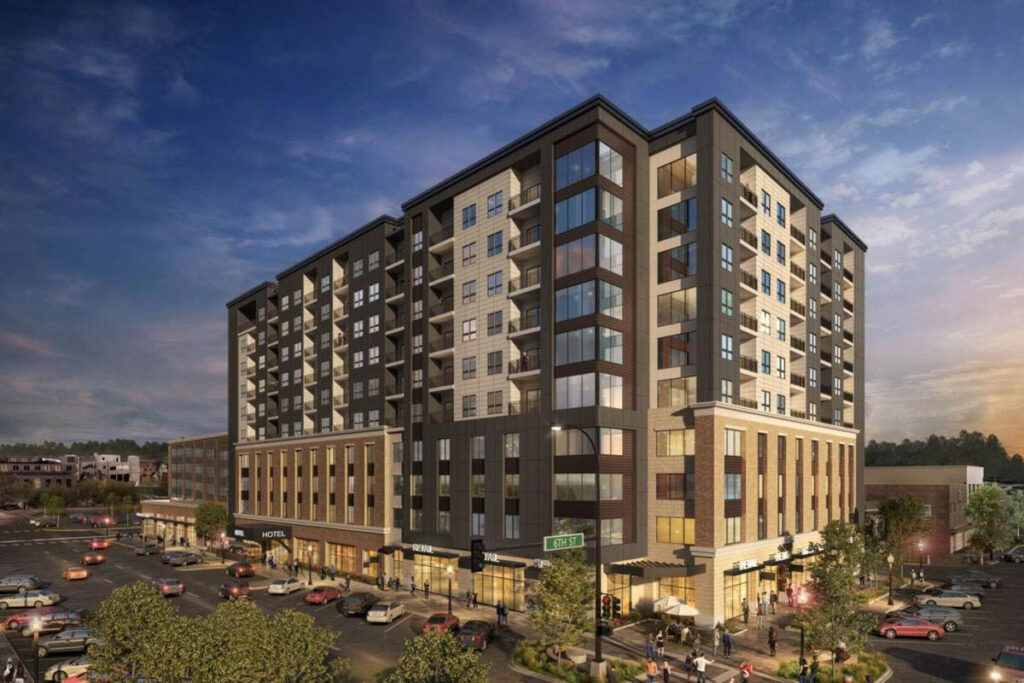 As the city prepares for renovations on the former Red Lion Hotel in Downtown, many business owners in the area expect to see an increase in traffic.

The city announced a $27 million economic development project earlier this week that includes converting the building into a Marriott-branded hotel, making it fit for lodging out-of-towners coming to St. Joseph.

“I don’t see a single negative consequence of fixing an eyesore into a usable and tax-producing business that will bring outside revenue to Downtown,” said Mike Olinger, owner of Angry Swede Brewing Company, located at 513 Francis St.

It’s been several years since the building was last serviceable Downtown. HDDA, the company that owns the hotel, has been trying to fast-forward the project. In November, it offered a $10,000 incentive package to lower the cost of renovation, which the St. Joseph city council approved unanimously.

The Downtown community has seen businesses come and go in the years that the Red Lion has been vacant, but those who have stuck around know the impact having a hotel up and running would have on the surrounding establishments.

Casey Wallerstedt Jones, owner, and designer of Mod Podge Boutique, believes about 50% of her customers come from out-of-town. She said a Downtown hotel opening again would supplement that foot traffic.

“I think this whole project is just very necessary for Downtown and for the whole economy of St. Joe. We need more people staying Downtown and exploring all that we have to offer,” Jones said.

Notably, the Civic Arena sits just a few hundred feet from the vacant hotel. With the revitalization of the hotel in the future, events at the arena like the NCAA Division II Women’s Tournament could help keep visitors Downtown.

“This will bring in outside revenue and attract other businesses to Downtown. Obviously, as a business owner within walking distance, I see positive opportunities for an increase in traffic as well,” Olinger said.