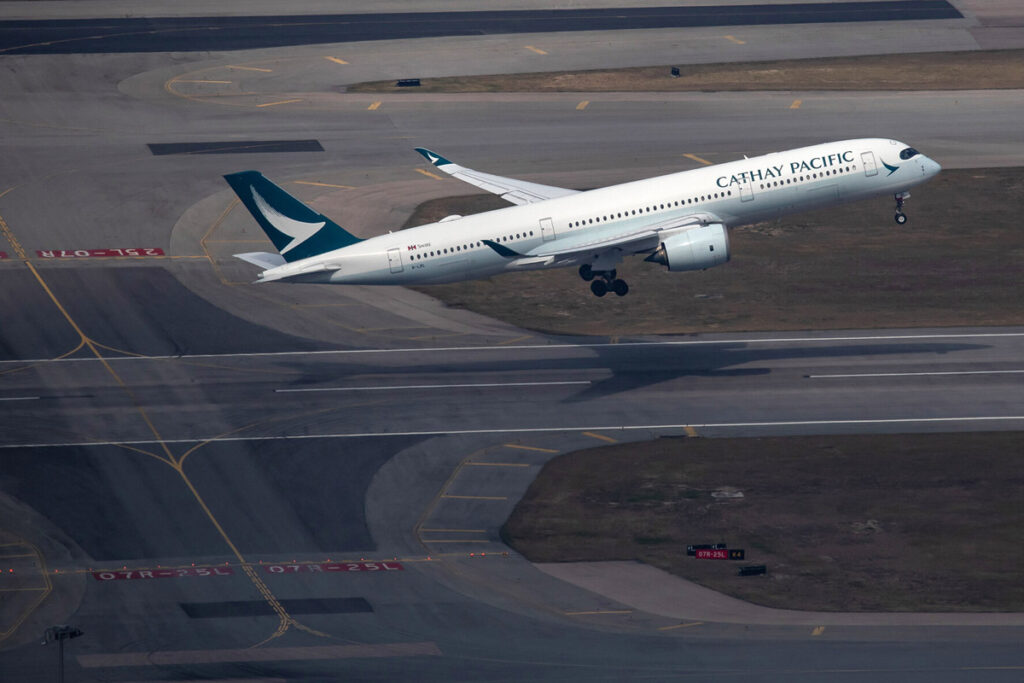 Cathay Pacific plans to continue operating at just minuscule levels as its home city remains largely cut off from the rest of the world.

Hong Kong’s flagship airline said on Wednesday that it would likely only be able to maintain 2% of passenger flight capacity, and less than one-third of its cargo flight load, compared to pre-pandemic levels due to rigorous government restrictions.

“We have had an extremely challenging start to 2022,” Chairman Patrick Healy said in the company’s earnings presentation.

He noted that Hong Kong recently tightened quarantine measures for aircrew and placed temporary flight bans on some of Cathay’s top markets, including the United States and the United Kingdom, over the emergence of the Omicron variant.

Once a premier aviation hub that was home to one of the busiest airports on the planet, Hong Kong has suffered a huge drop in commercial flight traffic during the pandemic.

Meanwhile, Hong Kong’s quarantine rules, which are among the world’s strictest, have taken a toll on aircrew based in the city. In recent months, this has led to a spike in resignations, burnout, and plummeting morale at Cathay Pacific (CPCAY).

The carrier’s crew “spent more than 62,000 nights in quarantine hotels” in 2021, while an additional 11,000 nights were served in Penny’s Bay, a local government quarantine facility, according to Healy.

Despite the trying circumstances, “we are resolutely committed to keeping the flow of people and cargo between Hong Kong and the rest of the world safely moving, and to protecting and enhancing the city’s aviation hub status,” he added.

“We have absolute confidence in the long-term future of Hong Kong.”

Cathay also pointed to an “encouraging” couple of months for its cargo business, which saw revenue jump more than 30% compared to the previous year.

The company’s shares were up more than 4% in Hong Kong on Monday afternoon.