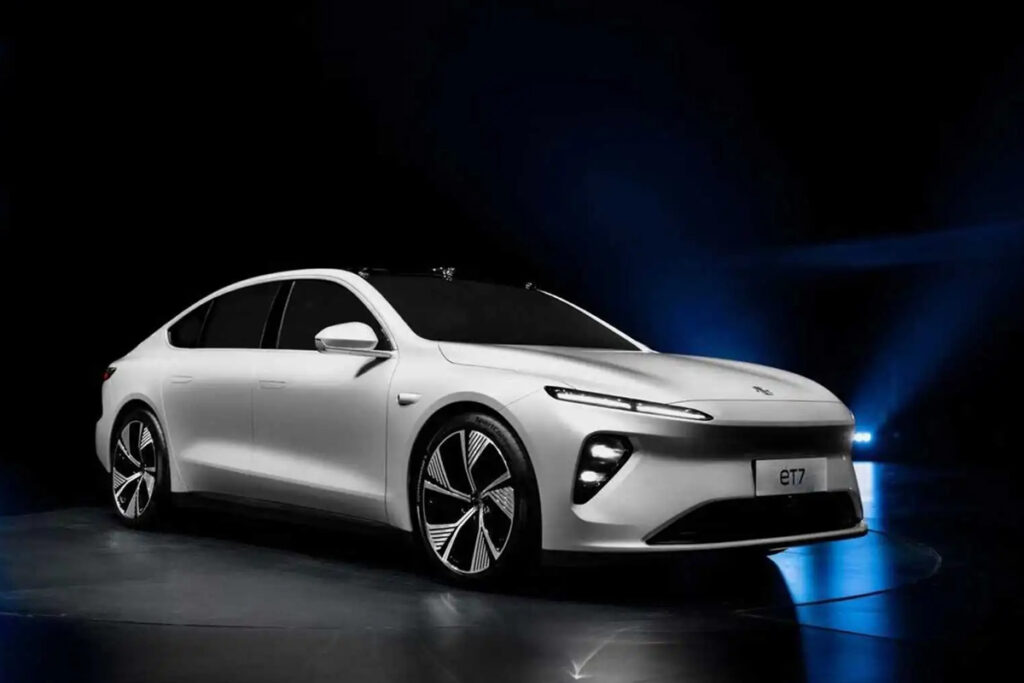 Chinese electric car company Nio said over the weekend it is raising prices and suspending production as the latest Covid wave added to supply chain challenges.
The company’s Hong Kong-listed shares fell nearly 9% in Monday morning trading.
Nio announced Sunday it would raise the prices for its three SUVs — the ES8, ES6 and EC6 — by 10,000 yuan ($1,572), effective May 10. Prices for the recently launched ET7 and ET5 sedans would remain the same.
Raw material prices, particularly those for batteries, have risen “too much” this year with no downward trend in sight for the near term, CEO William Li said as part of the announcement, according to a CNBC translation of the Chinese statement.
“Originally [we] thought we could bear it, but now with this pandemic it’s even harder to bear,” he said. “We have no alternative but to raise prices. Please be understanding.”
A day earlier, on Saturday, Nio said it suspended production due to Covid-related restrictions in the last several weeks that halted production at suppliers’ factories.
“Due to the impact of Covid on Changchun and Hebei, the supply of some of our auto parts has been cut off since mid-March,” Li said. The company’s production “managed to rely on auto parts inventory until last week.”
He added that as a result of recent Covid outbreaks in Shanghai and Jiangsu province, many suppliers can’t provide parts either.
The company began deliveries of its first sedan, the ET7, in late March. A second sedan, the ET5, is set to begin deliveries in September.
Industry-wide price hikes
In terms of monthly deliveries, Nio has lagged behind those of rival start-ups Xpeng — whose cars sell in a lower price range — and Li Auto — whose only model on the market comes with a fuel tank for charging the battery. All three companies delivered more cars in March than February despite supply chain challenges.
Nio was the last of the three start-ups to raise prices.
In March, Xpeng hiked prices for its cars by 10,100 yuan to 20,000 yuan, while Li Auto raised prices by 11,800 yuan. The moves follow Tesla and other electric car companies in the country that have raised prices in the last several weeks.
Covid-related disruptions have hit traditional automakers as well.
Volkswagen said Thursday its factories in Anting on the outskirts of Shanghai and Changchun in the northern province of Jilin remained closed through Friday, April 8.
China’s producer price index rose by 1.1% in March from a month earlier and gained 8.3% from a year ago, according to official figures released Monday. The year-on-year increase topped expectations for a 7.9% increase forecast by a Reuters poll.