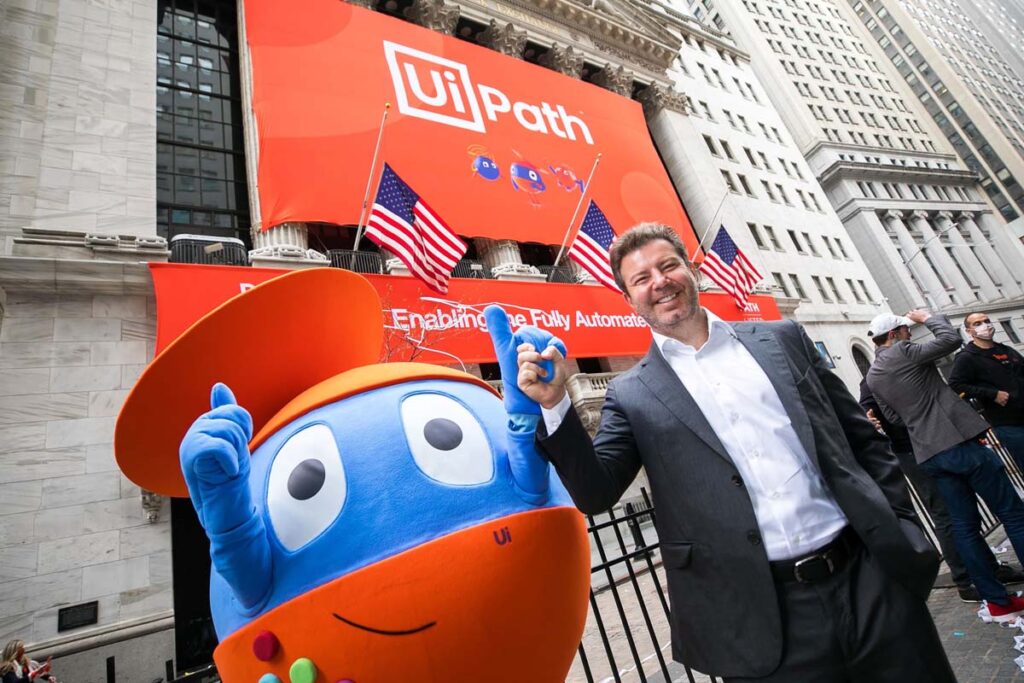 Cloud stocks rallied on Thursday, with more than a dozen vendors notching gains of 10% or more, as investors used an upbeat day on Wall Street to snap up shares of companies that have been beaten down the most in this year’s selloff.

Daniel Dines, UiPath’s CEO, started off the company’s earnings call by acknowledging the tough economic conditions that have pulled down valuations in 2022.

“Choppy macro environments typically reveal areas that can be improved,” Dines said. “To that end, the team is focused on simplifying our go-to-market approach, starting with an alignment that will result in better market segmentation, higher sales productivity and best-in-class customer experience and outcomes.”

Even after Thursday’s pop, UiPath has lost more than half its value this year. The WisdomTree Cloud Computing Fund, a basket of 76 cloud stocks, jumped 6.5% on Thursday for its fourth-best day of the year, but it’s still down 38% in 2022.

At a time when the markets are particularly volatile because of uncertainty around interest rates, inflation and the war in Ukraine, companies with high growth rates but little to no profit are out of favor with investors, who are hunting for the safest assets. The narrative has completely flipped from the past two years, when outsized growth was celebrated even at the expense of earnings.

Because cloud stocks have sold off so dramatically this year, tech bulls are looking for every opportunity to call the bottom and get in at a discount. Forward revenue multiples for the basket of cloud stocks have contracted on average to about 8 from around 15 in September, according to Bessemer Venture Partners, whose cloud index forms the basis of the WisdomTree fund.

The rebound on Thursday occurred despite Microsoft’s announcement that it was trimming quarterly guidance due to an unfavorable impact from foreign exchange rates.

In addition to UiPath, the top performers in the cloud group included Elastic, which helps companies embed search in their apps, and analytics company DataDog, climbing 19% and 13%, respectively. Asana, Veeva and GitLab all rose by at least 14%. Other notable double-digit percentage gainers were Okta, Monday.com and Shopify. Those companies are still all down for the year between 25% (Veeva) and 71% (Shopify).

Elastic on Wednesday reported quarterly revenue that exceeded analysts’ estimates but called for a wider loss than expected for the new fiscal year. CEO Ashutosh Kulkarni told analysts that “strength in the demand environment continued.” It was the stock’s best day since the 2018 initial public offering.

Veeva, which sells software to hospitals and drug makers, was boosted on Thursday by a better-than-expected earnings report.

“We’re not seeing the macro effects in any particular segment,” CEO Peter Gassner said on the call.