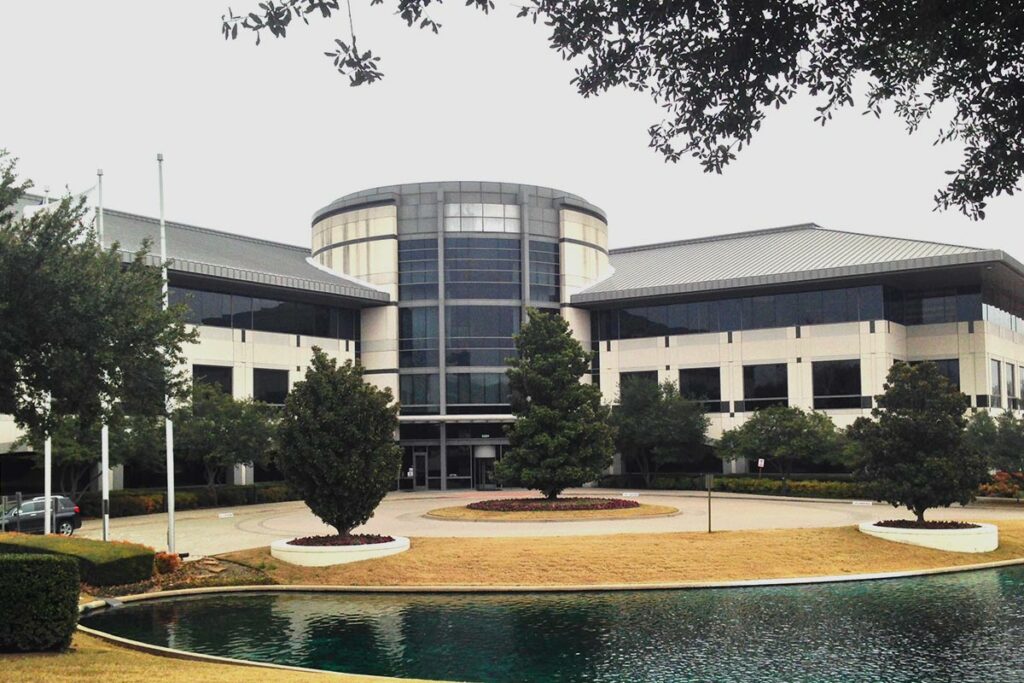 The developers who are revamping Dr Pepper’s former office campus in Plano have received funding for the deal.

Dallas’ Champion Partners and Taconic Capital Advisors are redeveloping the office center in Legacy business park near the Dallas North Tollway. The partners purchased the more than 285,000-square-foot office campus after the soft drink company announced plans to move its regional headquarters to a new location in Frisco.

Since Keurig Dr Pepper moved out last year, the owners have spent about $10 million to upgrade the property on Legacy Drive.

California-based CIM Group has provided a $73 million loan for the project that’s been renamed Legacy Commons.

Renovations include new tenant areas including an outdoor courtyard and amphitheater, a lounge and meeting area, a fitness center and renovation of the two-story lobby entrance to the building, which was constructed in 1998.

The almost 20-acre business campus is being marketed to other companies looking for office space in the popular Legacy market.

The Legacy Commons offices are one of several older business centers in West Plano that are being repurposed for new tenants, including the former J.C. Penney and Electronic Data Systems headquarters.