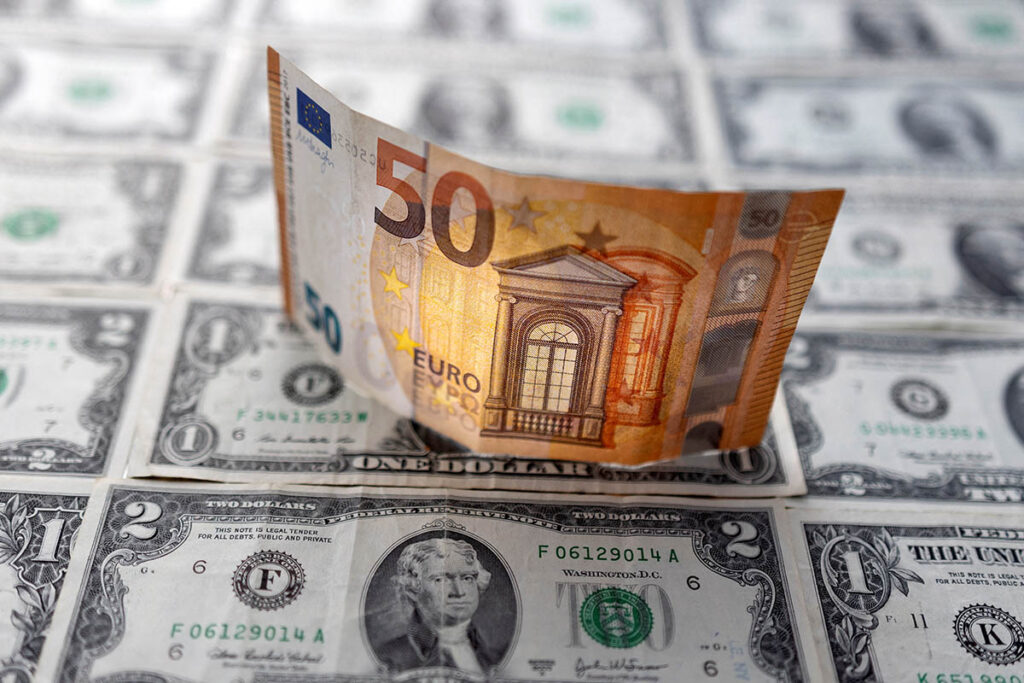 The dollar hit a five-year high on Wednesday before the Federal Reserve next week is expected to hike rates, while the euro weakened on growth concerns after Russia cut off gas supplies to two eastern European nations.

The dollar has gained on expectations that the U.S. central bank will be more hawkish than its peers. The Fed is expected to increase rates by 50 basis points at its May 3-4 meeting, as well as in June and July.

The greenback has also benefited from global growth concerns as Europe struggles with the fallout from Russia’s invasion of Ukraine and China imposes lockdowns in a bid to stem the spread of COVID-19.

Russia halted gas supplies to Bulgaria and Poland on Wednesday for rejecting its demand for payment in roubles, taking direct aim at European economies in a move that also exposed confusion in the European Union on how to respond to Moscow’s invasion of Ukraine.

“The threat of a Eurozone recession on a possible suspension of Russian shipments of natural gas has pulled the EUR to a five-year-low — with a test of the key psychological level of 1.05 a real possibility,” Scotiabank analysts Shaun Osborne and Juan Manuel Herrera said in a report.

Germany’s economy ministry on Wednesday cut its economic growth forecast for 2022 to 2.2% from its late January prediction of 3.6% growth this year. French consumer confidence also fell more than expected in April.

Concerns over Chinese growth added to demand for the dollar, and further dented the outlook for other countries that are more exposed to the world’s second-largest economy.

Beijing has ramped up mass testing for COVID-19 while the financial hub of Shanghai has been under strict lockdown for around a month.

“Exaggerating the downside risk for euro/dollar has been the COVID lockdown fears for China,” said Jane Foley, head of FX Strategy at Rabobank London.

The stronger dollar also blunted an attempted bounce by the yen, which had seen some support from safety flows and positioning for the risk of a policy shift. The yen last traded at 128.3 per dollar, after hitting a 20-year low of 129.4 last week.

Investors will be watching to see whether the Bank of Japan makes any changes to its yield curve control policy in order to stem yen weakness when it concludes its two-day meeting on Thursday.

The Australian dollar touched its lowest level since February but came off its lows after Australian consumer prices surged at their fastest annual pace in two decades, spurring speculation that interest rates could be lifted from record lows as soon as next week. The Aussie was last down 0.07% at $0.7120.