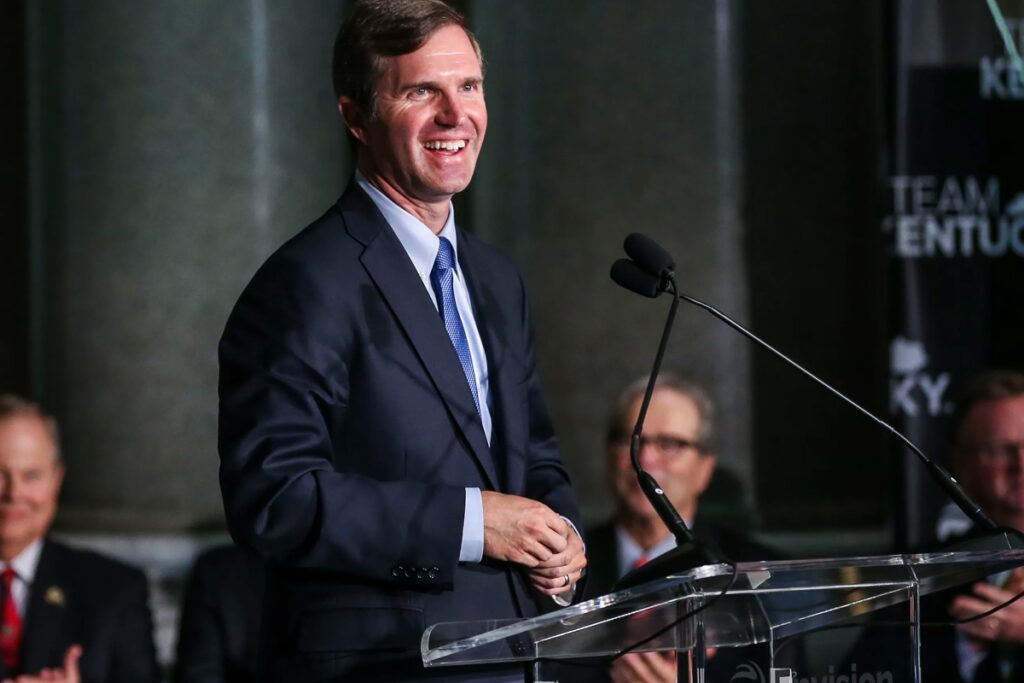 Kentucky and its officials continue to double down on the future of electric vehicles, and particularly their production.
During a joint press conference Wednesday morning in Frankfort, Governor Andy Beshear and Envision AESC CEO Shoichi Matsumoto announced a $2 billion investment to construct and complete a new, state-of-the-art gigafactory in Bowling Green’s Kentucky Transpark.
The 30 gigawatt hours plant will create 2,000 skilled jobs to Warren County and the greater southcentral Kentucky region, in which operators will produce battery cells and modules to power the future generation of vehicles engineered by multiple global manufacturers.
Beshear noted it’s the second-largest economic investment in the state’s history, and increases the state’s battery production capabilities to 116 gigawatt hours — making Kentucky the nation’s leading producer of EV batteries.
The gigafactory will be powered by 100% renewable energy, supplied by onsite generation and purchased locally from the Tennessee Valley Authority — in what’s almost assuredly going to be the most comprehensive energy partnership between the state and the TVA since the inception of Land Between the Lakes.
The 3-million-square-foot facility landed in Kentucky because it’s already the nation’s No. 1 producer of cars, light trucks and SUVs per capita — and Bowling Green’s strategic location near I-65, I-165 and US 68/80 takes full advantage of available shipping lanes in the state.
Envision AESC announced gigafactories in France and the United Kingdom just last year, and its Kentucky reveal brings the company’s total capacity to 150 gigawatt hours worldwide. The company already has 4,000 employees and 10 total production plants — including its native Japan and nearby China.
In June 2021, Envision AESC was named a “Global Tier 1 Battery Company” by Benchmark