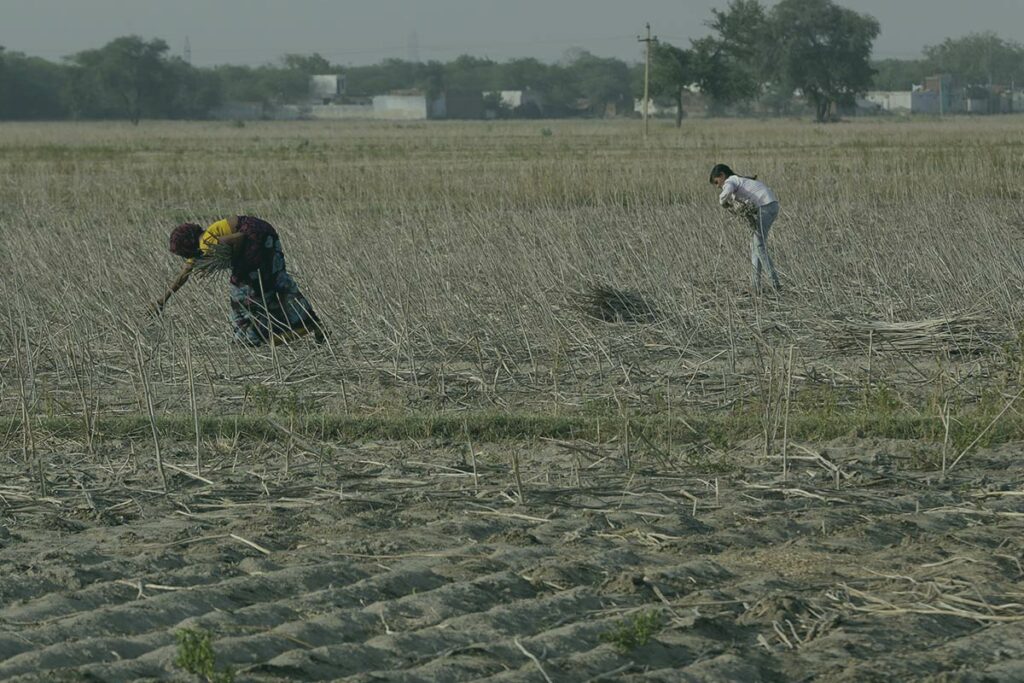 Dan Bartelheimer estimates he may leave 400 of his farm’s 1,400 acres unplanted this year because of spring rains.

“I don’t recall a year that has been this wet and this cold for so long,” said Bartelheimer, 79.

His operation, Sno-Valley Farms, grows organic barley, hay and corn. Bartelheimer said some fields are too soggy for planting, or were planted and then drenched by record-breaking rain on June 9.

“It’s all underwater again,” he said.

He guesses “thousands of acres are going to go unplanted within Snohomish County” this year.

A wet and chilly spring has impacted farmers across Western Washington. Strawberry growers are waiting for their berries to ripen. Some dairies worry about having enough food for their cows. And the weather is worsening shortages of certain crops like hay or corn, further pushing up prices.

Then there’s the record-high inflation. Fuel and fertilizer prices have skyrocketed amid global shortages and the war in Ukraine. To fill up a tractor with diesel fuel, a farmer in Washington state pays on average $6.33 a gallon, up from $3.53 a gallon last year and roughly 50 cents higher than the current national average, according to AAA.

“It’s just one challenge on top of another,” Bartelheimer said.

Farmers are used to different weather patterns and even extreme conditions, like last summer’s heat wave.

Warmer weather and sunshine may be on the way, with temperatures forecast to reach the 70s later this week and early 80s over the weekend.

Farmers may be able to get more crops in the ground if fields dry out, but late planting has risks. There’s a chance crops won’t have enough time to grow before fall rains.

“You are really taking a chance whether you’re going to be able to harvest those crops,” Bartelheimer said. “You keep increasing your costs, and the chance of being able to recover those costs becomes a little more doubtful.”

At Chubby Bunny Farm in Arlington, the number of pests has increased amid the cool wet weather, said owner Michael Deitering. He said he’s lost about 15% of lettuce to wireworms, which attack plant roots. Slugs have also been an issue.

The farm grows organically and has to rely on natural methods to control pests.

“Right now our only defense is the burgeoning garter snake population — they find the slugs quite tasty,” Deitering said.

As plants have grown slowly in the cold, the farm has had a smaller selection of produce to sell.

“It has been absolutely impossible to make hay this year,” said Andrew Albert, who runs Andrew’s Hay in Arlington. He needs a streak of at least five 75-degree days to cut grass and dry it in the sun.

He said Eastern Washington farmers are also having trouble with their hay. A statewide shortage means higher prices for Albert’s customers, mostly horse and animal owners.

Farmers are also behind on planting field corn, used for animal feed.

“I’m very worried about having a shortage of feed for cows,” said Jim Werkhoven of Werkhoven Dairy in Monroe. “This is fairly widespread, so it’s not like your next door neighbor is going to have a ton.”

At Swans Trail Farms in Snohomish, the weather has impacted pumpkins, apples and sweet corn.

“I planted 40 acres of pumpkins and probably lost half of it at least” to rain, said farmer Ben Krause.

But there are still plans for a pumpkin patch. He said the farm will restart the pumpkins in a greenhouse and plant them under black plastic mulch, which will warm up the soil by up to 5 degrees.

He said some apple trees will not produce fruit because of pollination problems in the cold weather. In addition, the ground has been too wet to plant sweet corn.

“I haven’t been able to plant corn since May 23,” Krause said. “We’re only going to have corn for a short time, and then we won’t have any.”

He said in his 38 years of farming, he’s never seen such a cold and wet spring.

“It teaches you a lot of humility,” he said.