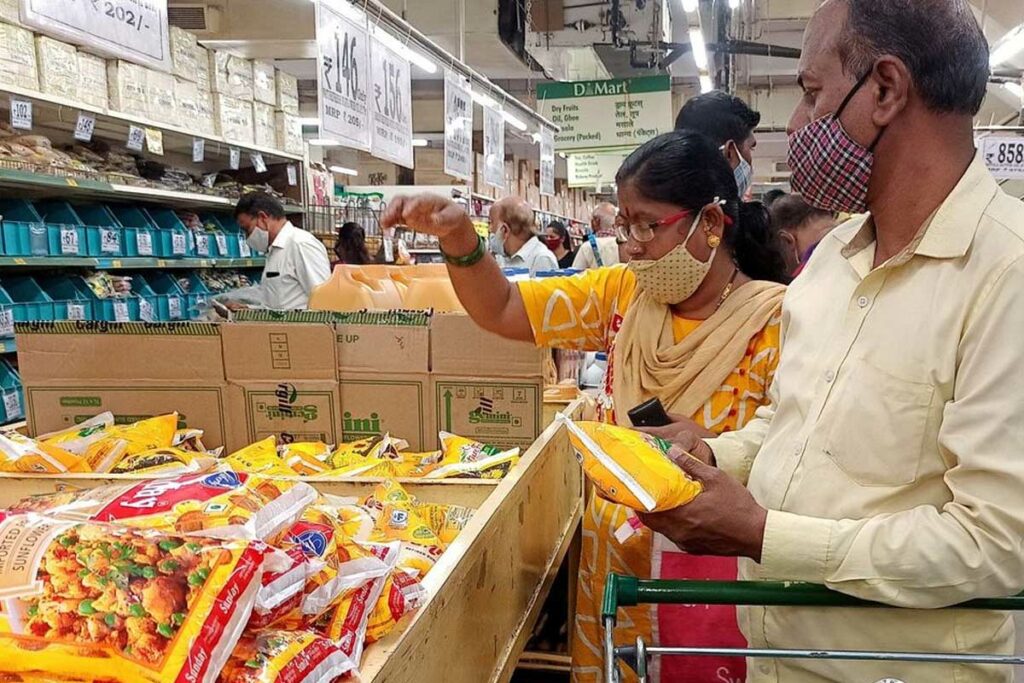 Food banks are straining to meet growing demand caused by rising food prices, which are pinching budgets for households and the organizations themselves.

Forgotten Harvest, which serves the metro Detroit area, said demand increased 25% to 45% since December in different areas it serves. In March alone, demand rose 30% compared with the previous month.

Christopher Ivey, a spokesman for the food rescue, says metro Detroit is at the front of the bell curve, experiencing economic ripples before they hit other parts of the U.S.

“The need is growing quickly, as gas prices are continuing to rise,” he said. “As you know, there are shortages in the grocery store and the costs of the commodity goods are going up and up and up,” he said, adding that the organization is challenged by the increased demand but is still able to fulfill the needs of the public.

With inflation at a four-decade high, American households are feeling the pinch of higher prices across a range of products and services. The price of food at grocery stores in March was 10% higher than a year earlier, while food prices at restaurants were 6.9% higher than in March 2021, according to the Labor Department’s most recent consumer-price index.

A recent survey by Feeding America, which runs a nationwide network of 200 food banks and 60,000 food pantries and meal programs, found that around 85% of its food banks saw demand for food assistance increase or stay the same in February compared with the previous month. That represented about a 20% increase from the previous survey in January.

Lines snaked along streets outside food banks in 2020, as the arrival of the novel coronavirus brought the U.S. economy to a slowdown and the demand for free milk, vegetables and canned items surged. Although businesses began to broadly reopen after the introduction of Covid-19 vaccines, food insecurity lingered in major metropolitan areas amid global supply issues, a worker shortage and persistent pandemic.

“I think one of the things that the pandemic illuminated is that food insecurity has plagued much of America even before this pandemic took hold,” said Allison Korn, the director of the Food Law & Policy Clinic at the University of California, Los Angeles.

Ms. Korn said that with the addition of inflation, people who weren’t necessarily part of historically disenfranchised groups are now experiencing food insecurity at higher rates.

“You will continue to see folks come into food banks who are seniors, who are undocumented individuals, and persons who suffer from disabilities,” she said. “But you’re also seeing folks who are just kind of trying to cobble together jobs who may suffer from chronic and persistent unemployment.”

In addition to inflationary pressures bringing more people to food banks and pantries, they are making providers strain to get enough food to hand out to those who need it most.

“We have had to work harder to secure the food needed to support the community,” said Tim Fetsch, the chief operating officer of the St. Louis Area Foodbank, which began in 1975 and provides food for nearly 400,000 people each year.

Mr. Fetsch said the pandemic and current economic climate have significantly affected the organization’s supply chain because of increased food costs, rising transportation costs and the limited availability of food.

The food bank has traditionally relied heavily on retail partnerships for donations. But those retailers are experiencing the same supply-chain issues and, in turn, have reduced the amount of food they donate, Mr. Fetsch said.

Feeding America has been able to close the gap in its food availability by purchasing food—something it rarely had to do in the past since most food was donated, according to President and Chief Operating Officer Katie Fitzgerald. She said food banks in the organization’s network increased food purchasing by close to 60%.

But with food companies raising prices on everything from snacks to mustard amid inflationary pressures, it will be hard to maintain. “We’re still trying to purchase that food, but now it’s costing us 40% more,” she said.

The USDA’s Emergency Food Assistance Program has partnered with food providers across the country, in addition to state agencies, to help keep shelves stocked at the local level. The USDA is investing approximately $2 billion in the country’s emergency food system in fiscal 2022, hoping to match what the department provided in 2021, a spokesman said.