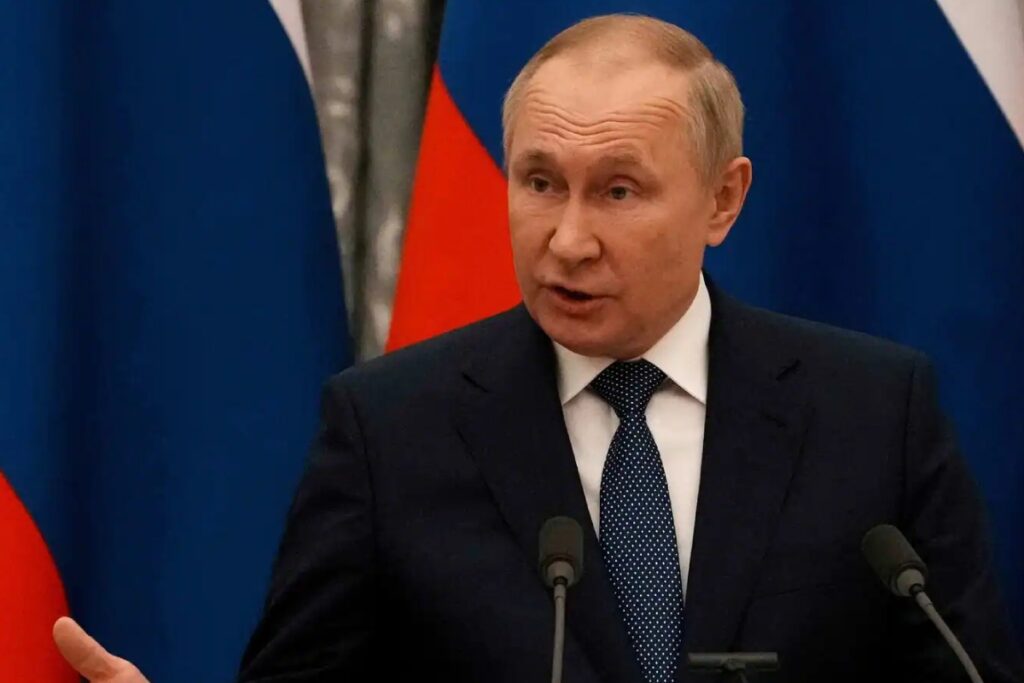 French automaker Renault plans to pause production at its Moscow plant in an apparent move to fend off mounting criticism, breaking ranks with other major French companies that have defied pressure to keep operating in Russia after it invaded Ukraine.

The company’s board of directors voted Wednesday night to suspend “activities at the Renault Moscow plant.” It came hours after Ukrainian President Volodymyr Zelenskyy accused the company and others in France of aiding Russia’s war effort during an emotional virtual address to parliament.

Dozens of foreign multinational corporations have curtailed operations in Russia, amid sanctions imposed by the U.S. and its Western allies aimed at crippling the country’s economy.

But some French companies have been notable for their reluctance to leave, underlining how it’s often a point of pride for France — and its companies — to be more independent from the U.S. and United Kingdom when it comes to policy toward Russia. It’s a stance that has started to unravel as the war grinds on.

French President Emmanuel warned Thursday about “reputation risks” for groups operating in Russia but said they are free to make their own choices.

“My position is to let the companies free to decide for themselves. That’s up to the companies’ leadership to assess” the situation, he said at a news conference in Brussels.

French food giant Danone said Wednesday that it’s continuing local production of essential dairy and infant nutrition products in Russia, saying it has a duty to Russians who rely on the company for food. Danone said it condemned the war and suspended Russian imports, exports and investments and doesn’t expect to receive any profits from its Russian business.

“French firms are much more embedded in Russia than U.S. firms, so departure is more costly,” said Witold Henisz, a management professor at the University of Pennsylvania’s Wharton Business School.

It’s particularly true for automakers and parts manufacturers whose European factories might be shut down without Russian-made parts, said Henisz, who studies political risk for corporations.

Henisz said French business and political leaders have clung to the longstanding notion that their continued engagement with countries of any political regime offers France more political and economic weight and a leadership position in Europe.

Not just French companies are feeling the heat. Swiss multinational food giant Nestlé sought to deflect criticism by saying Wednesday that it will remove some brands from Russia, including KitKat candy bars and Nesquik milkshake powder, but will keep supplying “essential food.”

Zelenskyy singled out some French companies in his address to France’s parliament, pleading for them to stop indirectly supporting the war in Ukraine with their presence in Russia.

“Renault, Auchan (and) Leroy Merlin must stop sponsoring the Russian war machine, and the murder of children and women, rapes, robberies and looting committed by the Russian army,” Zelenskyy said. “All companies must remember that values are worth more than profit.”

In a tweet Wednesday, Ukrainian Foreign Minister Dmytro Kuleba called on customers and businesses worldwide to boycott Renault. “Mistakes must come with a price,” he wrote, alongside a picture describing the brand as “sponsor of Putin’s war.”

Renault, which is partly owned by the French government, had temporarily suspended production at its Moscow plant when the war erupted, blaming logistical problems, before reportedly resuming production days ahead of Zelenskyy’s French address. The factory makes Renault’s Arkana, Kaptur and Duster SUVs and the Terrano model for its Japanese partner Nissan.

The carmaker’s failure to abandon its subsidiary Avtovaz — which represents the lion’s share of the group’s presence in Russia — means it will likely keep facing pressure. Last year alone, Renault sold almost half a million vehicles through its Russian subsidiary.

Renault said it is not immediately withdrawing but merely “assessing the available options, taking into account the current environment, while acting responsibly towards its 45,000 employees in Russia.”

Leroy Merlin has been more intransigent than Renault and — like Auchan and Decathlon — refuses to shutter its Russian business. In a statement, Leroy Merlin’s management reaffirmed its desire for its Russian stores to stay open in a decision backed by French regional political leadership.

Not even the destruction of a Leroy Merlin store in Kyiv by a Russian bombardment on Sunday night was enough to make parent company Adeo reconsider its position. Ukraine’s Defense Ministry also accused the chain of indirectly financing the strike by operating in Russia.

The “maintenance of our activity in Russia is a decision which is not easy,” the company said. “We have no reason to condemn our Russian teams for a war they did not choose,” adding that it still has “responsibility as an employer.”

Total Energies slammed what it called “serious and unfounded accusations of ‘complicity in war crimes’” leveled against the company. It said sanctions, combined with Russian laws governing foreign investments, prevented it from finding a non-Russian buyer for its minority stakes in several private Russian energy companies.

“Abandoning these interests without consideration would enrich Russian investors, in contradiction with the sanctions’ purpose,” the company said. Rivals Shell and BP, in contrast, swiftly announced exits from their Russian energy projects.

Total Energies said it can’t avoid buying Russian liquefied natural gas to supply Europe in the short term, citing the continent’s “gas logistics capacities,” and noted that it doesn’t have the same domestic resources as countries like the U.K. and U.S.

French bank Societe Generale, which owns one of Russia’s largest private lenders, said this month that it was “conducting its business in Russia with the utmost caution and selectivity, while supporting its historical clients.” The bank said its exposure to Russia amounted to 18.6 billion euros and warned of the possibility of being stripped of its local operations.

French companies are playing by the historical rules of a postwar order that has been upended, said Henisz, the management professor.

“The only question firms face is whether they will get out early and look courageous or be dragged out among the last in their industry,” he said.

French companies “will have to pay the cost of looking the other way as Russia signaled its intent to leave the international system,” Henisz added. “Their shareholders and some EU customers will suffer. It is only a question of time.”

BusinessFrenchRussia
Previous ArticleGreece and France Have Agreed to a $4.4 Billion Arms DealNext ArticleThe UK Transport Secretary Will Issue a Warning to Unlicensed Vessels