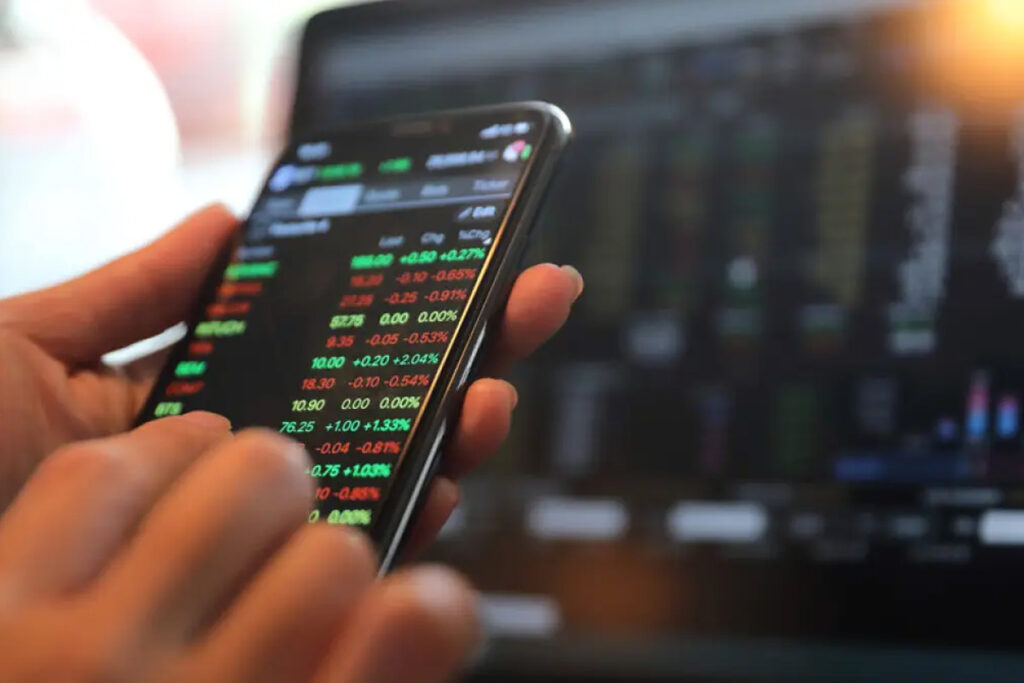 Global stock markets and Wall Street futures sank Monday after the Federal Reserve indicated it might raise interest rates more aggressively to cool U.S. inflation and President Emmanuel Macron emerged from the first round of France’s election facing a challenge from the far right.
London and Frankfurt opened lower. Shanghai, Tokyo and Hong Kong retreated. Oil fell more than $2 per barrel on concern global economic growth might weaken.
Investors are uneasy about higher interest rates, Russia’s war on Ukraine and China’s effort to contain coronavirus outbreaks.
Fed officials indicated in notes from last month’s meeting they were considering raising the U.S. benchmark rate by double the normal amount at upcoming meetings. They also indicated they may shrink the Fed’s bond holdings, which might push up commercial borrowing rates.
Investors see “increasing evidence the Federal Reserve will take a more committed approach” to fighting inflation, said Stephen Innes of SPI Asset Management in a report.
In early trading, the FTSE 100 in London fell 0.3% to 7,644.69 and Frankfurt’s DAX shed 0.3% to 14,241.45.
The CAC 40 in Paris advanced 0.7% after Macron said his battle with challenger Marine Le Pen of the National Rally for the April 24 second round of voting will a hard fight. The two were finalists in the last presidential election five years ago.
“Markets are looking to a volatile two weeks before the final result is known,” Charlotte de Montpellier and Antoine Bouvet of ING said in a report.
On Wall Street, the future for the benchmark S&P 500 index was off 0.4% and that for the Dow Jones Industrial Average was down 0.2%.
On Friday, the S&P 500 lost 0.3% and the Dow rose 0.4%. The Nasdaq composite fell 1.3%.
Higher interest rates usually depress economic activity and make safer assets such as bonds more attractive while making stocks look riskier and more expensive.
Some worry the Fed, after being accused of reacting too late to rising inflation, might push the brakes too hard and tip the world’s biggest economy into recession. Economists at Deutsche Bank last week forecast a U.S. recession by late next year.
In Asia, the Shanghai Composite Index lost 2.6% to 3,167.13 after inflation accelerated to 1.5% over a year ago in March from the previous month’s 0.9% amid upward pressure on global prices due to uncertainty about Russia’s war on Ukraine.
Inflation “may limit the space to cut interest rates” to shore up Chinese economic growth, said Nomura analysts in a report.
Also in China, automakers and other manufacturers are reducing production due to supply disruptions after authorities tightened anti-disease controls to stop coronavirus outbreaks in Shanghai and other cities.
Automaker BYD slipped 4.5% and Dongfeng Motor Group Co. declined 3.6%. Technology firms also fell on reports of plans for further regulatory crackdowns in the industry.
The Nikkei 225 in Tokyo shed 0.6% to 26,821.52 and Hong Kong’s Hang Seng retreated 3% to 21,208.30.
The S&P-ASX 200 in Sydney advanced 0.1% to 7,485.20.
India’s Sensex lost 0.5% to 59,183.25. New Zealand and Singapore declined while Indonesia advanced.
Oil prices have fallen back on expectations of weaker demand after peaking above $130 per barrel last month due to anxiety about disruption of supplies from Russia, the world’s No. 2 exporter.
ACM Research, a supplier of equipment for the semiconductor industry that has operations in Shanghai, fell 6.1% on Friday after saying the restrictions will cause a significant hit to its revenue.
In energy markets, benchmark U.S. crude fell $2.32 to $95.94 per barrel in electronic trading on the New York Mercantile Exchange. The contract rose $2.23 to $98.26 on Friday. Brent crude, used as the price basis for international oils, retreated $2.22 to $100.56 per barrel in London. It rose $2.20 the previous session to $102.78 a barrel.
The dollar rose to 125.33 yen from Friday’s 124.37 yen. The euro was unchanged at $1.0906.