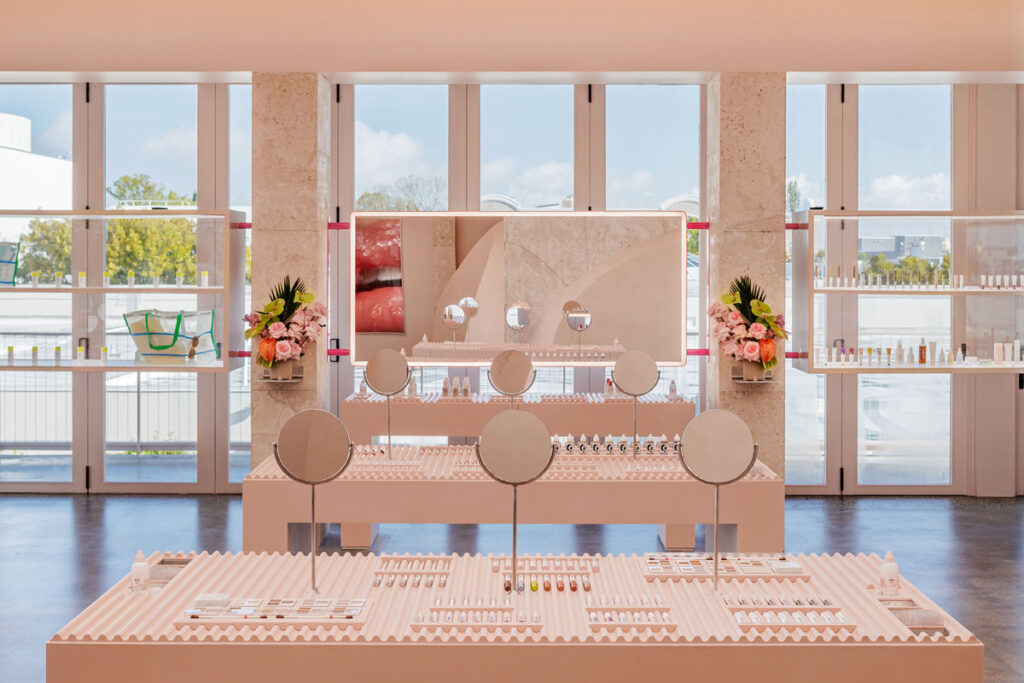 For its first store opening of 2022, DTC beauty brand Glossier is headed to Miami. The new location opened on Thursday, the company said in details emailed to Retail Dive.

The Miami store is Glossier’s fourth permanent brick-and-mortar location, in addition to stores in Seattle, Los Angeles, and London.

The company’s footprint has been in expansion mode since August of last year when it re-entered brick and mortar after shuttering its two permanent stores in 2020 due to the pandemic.

While the initial stages of the pandemic dealt a significant blow to physical retail and caused many DTC brands to pause store openings or shutter their footprints altogether, the past year has seen a recommitment to the channel.

For Glossier, that has meant not only rebuilding its initial footprint but also growing beyond it, with two more stores now than it had pre-pandemic. Since it first began opening stores again in August 2021, the locations have brought in more than 250,000 visitors, according to Glossier.

The new Miami location was influenced by a pop-up the beauty brand opened in 2019 in the Wynwood neighborhood of Miami — a strategy the company also used to identify Seattle as a good candidate for a permanent store. The store is designed to mirror Miami’s beach and nightlife culture, with hot pink accents and an underwater room to match the company’s previous strategy of creating Instagrammable stores.

“We first got to know our Miami community back in March 2019 at our Wynwood pop-up and instantly fell in love with the city’s vibrant energy,” Kristy Maynes, senior vice president of Retail at Glossier, said in a statement. Maynes added that this time the brand will be opening in the design district. “Like all of our stores, Glossier Miami invites everyone to participate in a new kind of beauty experience — one that facilitates people-first discovery, inspires curiosity and wonder, and fosters community and conversation.”

A company spokesperson said that the brand is not sharing the number of stores it plans to open this year or what other locations are on the roadmap, but when Glossier first announced it would return to physical retail the company said a New York store was in the works for 2022. Additionally, in July last year, Glossier raised $80 million to help fuel its expansion and said the cash would go toward opening “dozens of new stores” across the U.S. and international markets in addition to other efforts.

While the beauty brand has focused its efforts lately on scaling the company — appointing its first chief commercial officer last year and building out its executive team further — not all of the news has been rosy. At the start of the year, Glossier made waves when it laid off a third of its workforce, which CEO Emily Weiss attributed to mistakes the company made on the path to scale.

“Over the past two years, we prioritized certain strategic projects that distracted us from the laser-focus we needed to have on our core business: scaling our beauty brand,” Weiss wrote in an email to employees at the time. “We also got ahead of ourselves on hiring. These missteps are on me.”