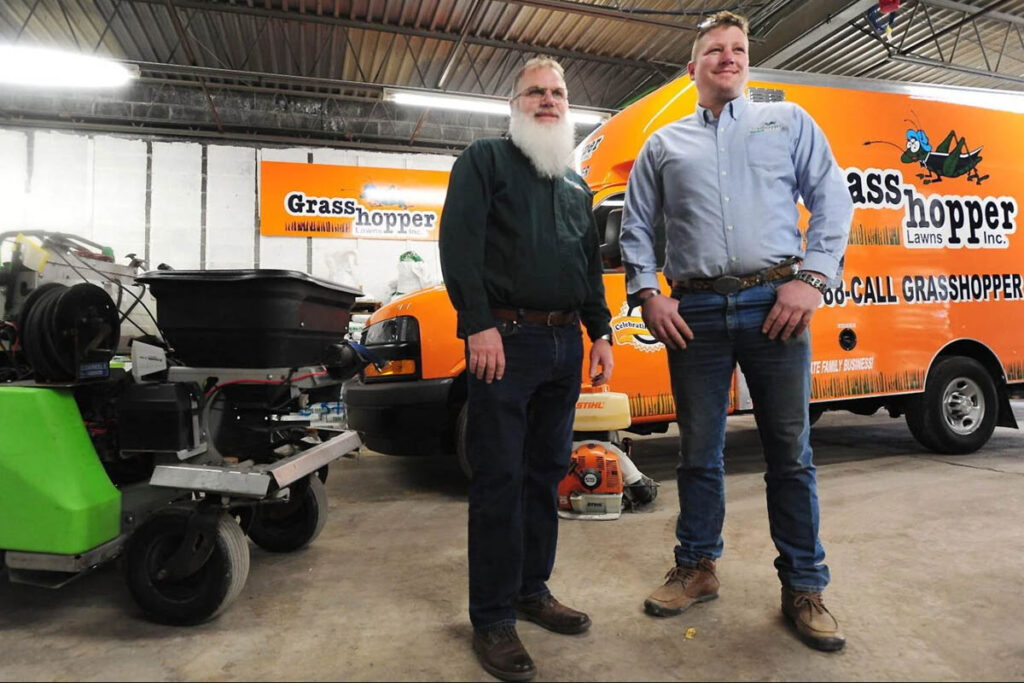 Grasshopper Lawns has been in business for 58 years and owner Mike Kravitsky IV said he has never seen such high prices for gasoline, diesel, fertilizer and other supplies.

Kravitsky said he also is paying about 50% more for fertilizer since natural gas is one of its key ingredients.

“Almost every product we use here is made from natural gas,” he said.

The higher prices come at the lawn care company prepares for its busiest season.

“This is what we call Christmas for us because that’s how nuts it’s going to be,” he said. “That phone will never stop ringing.”

Grasshopper Lawns operates about 25 trucks. Most run on gasoline, but two use diesel, Kravitsky said. The lawn care company also uses gasoline for its ride-on equipment.

“It’s unprecedented,” he said. “It hurts. It’s cutting into profits.”

As a result of the higher costs, Kravitsky said Grasshopper Lawns needed to raise prices. He has not yet implemented a fuel surcharge for customers but he said he’s contemplating it.

Kravitsky employs about 25 people who serve thousands of customers. Most employees travel at least 60 miles a day. He said he also needs to pay employees raises to make sure they are paid decent wages.

Long-time employees include Phil Carbone, 70, who works a route in Scranton and has worked for the company for 25 years. He said he drives about 65 miles a day and it costs more than $100 to fill up his tank.

“They will sell it at the highest rate they can get,” he said.

Carbone suspects it will take two years before the price of gas normalizes. As a result, he said businesses like Grasshopper Lawns need to raise prices.

With higher fuel costs for almost everything they use in their work, from mowers to the vehicles that haul their equipment, area landscapers say they are feeling the pinch.

“Basically when our gas prices go up, customer prices are going to go up,” said Nick Kasperowski, who launched Throop-based “Go Yard” Landscaping with partner Matthew Batyko three years ago. “In the long run, it’s going to affect them.”

When Kasperowski meets with potential customers about their lawn care and landscaping needs, he has always looked for ways to help them out on price. Rising fuel expenses have made leeway more difficult to find in 2022.

“We try to meet that medium where we’re not going to bury people and go from there,” Kasperowski said Monday.

As he and Batyko have started lining up work for the upcoming season, they have had to share the bad news with customers, Kasperowski said. Their average charge to mow a small lawn last year was $35. That will jump up to about $50 this year.

Across local counties, regular unleaded gas in Luzerne County is averaging $4.40 per gallon, down 3 cents since Thursday. Luzerne gas remains the highest priced in the Greater Hazleton region.

Schuylkill County is averaging $4.32 per gallon, 7 cents less than it was Thursday. Carbon County remains the cheapest at $4.31 per gallon, down 4 cents since Thursday.