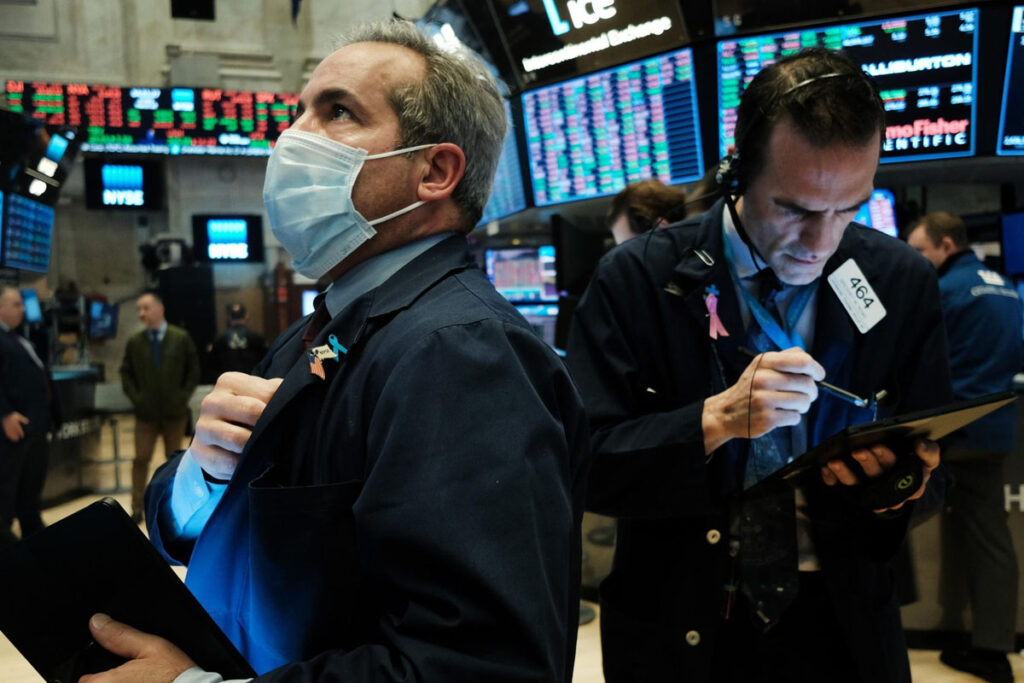 Asian share markets got off to a cautious start on Monday amid talk of yet more sanctions against Russia over its invasion of Ukraine, while bond markets continued to sound the risk of a hard landing for the U.S. economy as short-term yields surged.

A holiday in China made for sluggish trading, and MSCI’s broadest index of Asia-Pacific shares outside Japan dipped 0.1%.

While Russia-Ukraine peace talks dragged on, reports of Russian atrocities led Germany to say the West would agree to impose more sanctions in the coming days.

Germany’s defense minister also said the European Union must discuss banning the import of Russian gas, a step that would likely send prices yet higher while forcing some sort of energy rationing in Europe.

Data out last week showed inflation in the EU had already surged to a record high, piling pressure on the European Central Bank to rein in runaway prices even as growth slows sharply.

“It looks like it is time for the ECB to act,” warned analysts at ANZ in a note. “While the ECB will be cautious about raising rates, it certainly looks like it should act sooner to abolish its QE program.”

The U.S. Federal Reserve has already hiked and is seen doing a lot more after Friday’s solid March payrolls report. There are plenty of Fed officials due to speak at public events this week, with the prospect of more hawkish noises, and minutes of the last policy meeting are due on Wednesday.

“We now expect the Fed to hike by 50bps in May, June, and July, before dialing the pace back slightly by delivering 25bps hikes in September, November, and December,” said Kevin Cummins chief U.S. economist at NatWest Markets.

Investors reacted by hammering short-dated Treasuries and further inverting the yield curve as the market priced in the risk all this tightening would ultimately lead to recession.

The jump in yields has underpinned the U.S. dollar, particularly against the yen given the Bank of Japan acted repeatedly last week to keep its bond yields near zero.

The dollar was trading firm at 122.63 yen and not far from its recent seven-year peak of 125.10. The euro drifted to $1.1041 and could fall further should the EU act to stop gas flows from Russia, which calls its action in Ukraine a “special operation”.

The rise in bond yields globally has been a drag on gold, which pays no return, and the metal was stuck at $1,923 an ounce. [GOL/]

Meanwhile, oil prices fell after the United Arab Emirates and the Iran-aligned Houthi group welcomed a truce that would halt military operations on the Saudi-Yemeni border, alleviating some concerns about potential supply issues. [O/R]