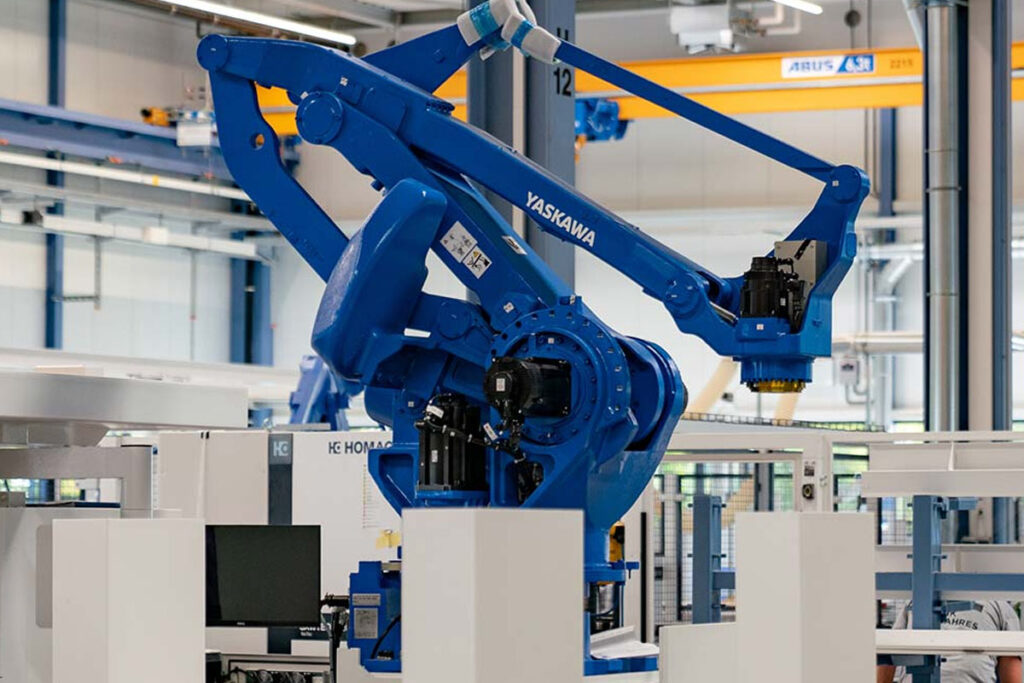 Norris Marshall was in his early 20s when he launched his company, Marshall Engines, 40 years ago in a humble neighborhood garage in Kearney.

Since then, Marshall and his company have rebuilt 300,000 engines, and he also has rebuilt his company several times in response to market demands, supply sources and a global pandemic.

Always seeking ways to build on his success, Marshall has even changed the name of his company. He’s dropped the Marshall to become BluePrint Engines. The name better describes what Marshall has become: a company where auto enthusiasts and hot rodders can buy high horsepower, performance-rated engines shipped to them in crates. BluePrint customers can drop their new powerplant right into their favorite ride.

Interest in restored and customized cars has exploded, and BluePrint is satisfying enthusiasts’ passion for their hobby as the largest builder of dyno-tested, guaranteed engines that are shipped to customers across the nation.

Well-known in the auto enthusiast universe, BluePrint Engines is the focus of dozens of YouTube videos and numerous magazine spreads.

After 40 years of building his company into the nation’s largest performance crate engine manufacturer, Marshall said he’s frequently asked, “What’s the secret to your success?”

Marshall’s response: Never give up.

“There have been times when things were going so bad that people were giving me permission to quit, but I didn’t.”

Some people describe that as a bull-headed attitude, he said, but sticking with it has paid off.

Most recently, Marshall has led the company through the pandemic-induced employee shortage and supply chain disruptions. Rather than lose employees during the global manufacturing slowdown, he ensured a 40-hour week for his employees. Keeping that promise meant assembly line workers were painting walls, sorting and cleaning up different areas of the plant, or filling time slots on weekends because that’s when engine components arrived from outside suppliers.

The company that now employs around 200 had humble beginnings.

Marshall Engines’ first location was a six-car garage in Kearney. It was a one-man show in the beginning, but Marshall said he benefited from rebuilding all the engines himself.

“You could show me a bolt out of any engine, and I could tell you which engine it came from,” he said.

He’s grateful for the customers who stuck with him in the start-up years.

According to a history of Marshall Engines, as the company grew, it expanded into cylinder heads and transmissions for a variety of vehicles, including delivery trucks.

The fledgling company expanded to new locations over the years, moving into a 50,000-square-foot plant in south Kearney that was expanded in 1991 and again in 1995. Marshall opened an Overton location in 1999.

In 2006, the company expanded again to a new building and warehouse in Kearney.

By 2007, Marshall Engines was evolving into new products, including engines for the U.S. Postal Service and marine engines. Also at that time, the first performance street rod and race engines rolled off the factory floor.

Just eight years later, in 2015, Marshall built the 150,000-square-foot facility it occupies today at a cost of $7.9 million. Virtually every step in the engine building process now is done in Kearney.

In 2017, Marshall Engines rebranded with the focus on selling performance engines for customers looking to restore classic cars or for those who want a more powerful engine.

Marshall said many of his company’s BluePrint engines pump out 500 horsepower or more.

In its first five years, BluePrint has churned out more than 60,000 new high performance engines, and there’s no end to the surge in sight.

Currently, BluePrint is building a 60,000-square-foot addition on its plant in Kearney.

Marshall said people occasionally ask him about the future of BluePrint. He said they wonder if he’s concerned about the shift to electric vehicles.

Marshall said EVs don’t worry him, but BluePrint is developing a new product line — engines to power standby electrical generators. He said many companies and institutions aren’t confident in the electrical grid, so they’re installing large generators to temporarily run their facilities if they lose commercial power.

“Great companies are full of ordinary people given the opportunity to be great,” he said.