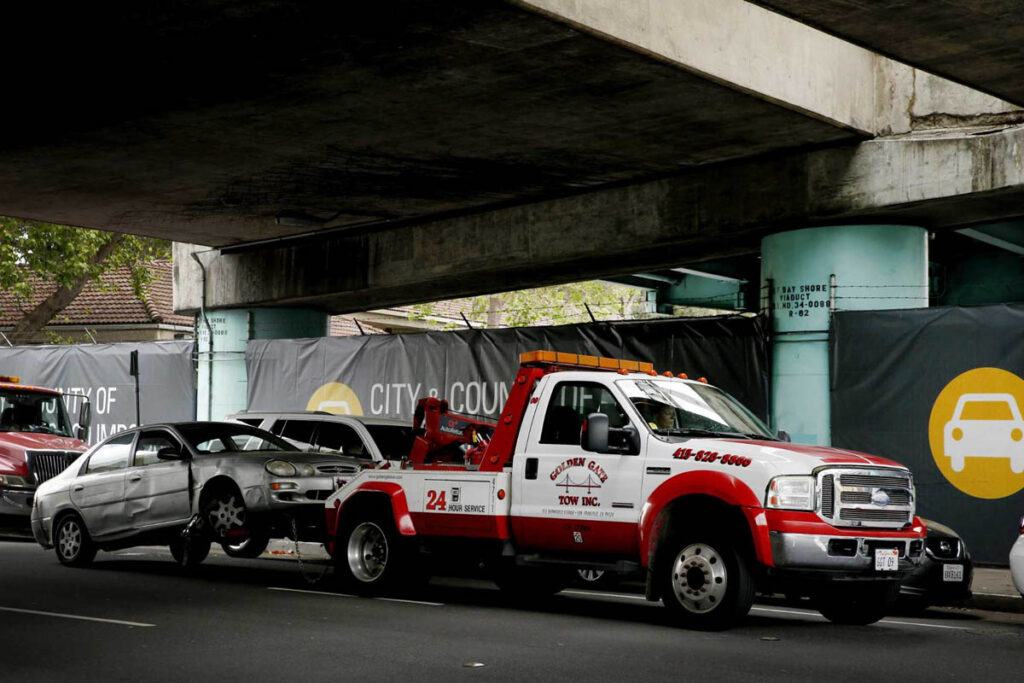 Businesses around Portland continue to complain of repeat burglaries, vandalism and thefts, now demanding more action by the city.

To Tamera Zelmer-O’Connor-White, the storage yard of Zelmer Enterprises is more than a business.

The business is her family legacy, a legacy that is taking regular damage.

On Sunday, surveillance video showed thieves driving one of the company’s tow trucks through the front metal gate, causing thousands of dollars in damage.

A still frame from the video showed two people in the front seat, but without many clearly defined features.

Zelmer said this is not the first theft.

“Doesn’t seem to be an end in sight,” she lamented.

Douglas Bartee owns the tow truck and works with Zelmer Enterprises. He said he was fortunate to have already tracked the truck down several miles away.

“I’m just glad to have it back. This is my livelihood, you know? This isn’t the millionaire’s club out here,” he said.

He said this type of burglary and theft has happened at least three times at Zelmer Enterprises recently.

He said another tow truck was stolen twice, storage units were broken into, and an RV was driven off the lot and later recovered by police.

In other cases, the Zelmer team has confronted intruders and called police, only for officers to respond hours later.

“Nobody seems to want to do anything about it,” Zelmer said.

“What are we gonna do?” Bartee added. “We can’t stand in the middle of the road and tell them to stop.”

Bartee worried growing crime, a next-door encampment and rising drug use are part of the problem, pointing at many of the vehicles he tows.

“Eight out of ten cars have needles in them from fentanyl or heroin,” he described.

Zelmer said with each burglary and theft, her family business loses customers. She hopes the city and police will step up presence in North Portland to help protect her family legacy.