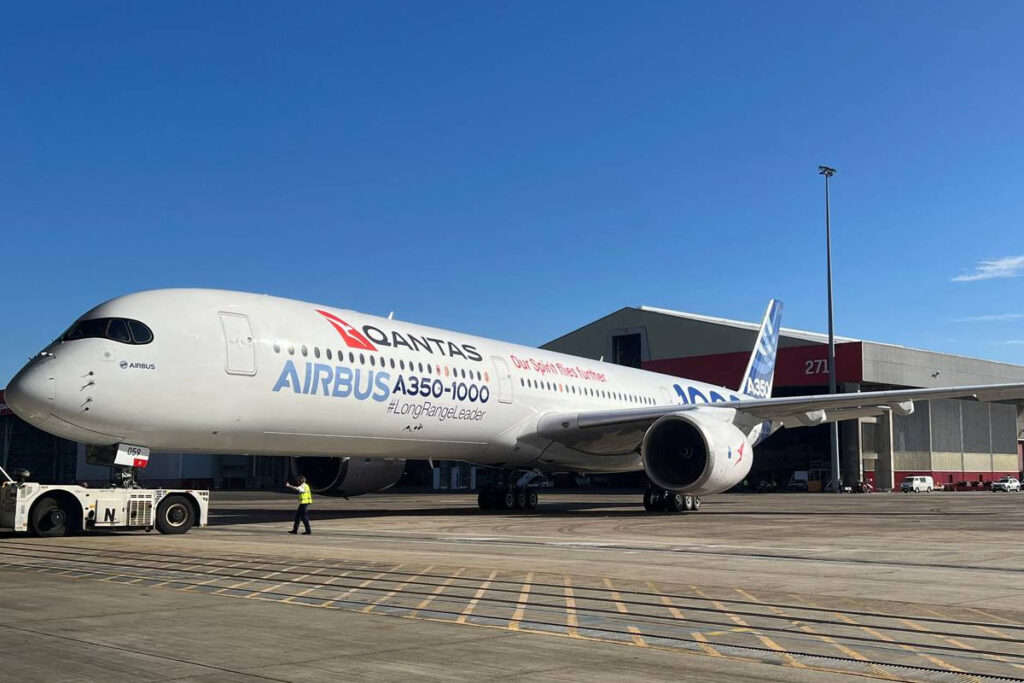 The airline said Monday it’s buying 12 A350-1000s that can fly non-stop from Australia to any city in the world. Commercial services will start from Sydney in late 2025, Qantas said.

Qantas had planned to start the 20-hour flights — internally called ‘Project Sunrise’ — in 2023, and was close to ordering the aircraft when Covid-19 decimated aviation.

The resumption of the project signals the airline’s confidence in an international passenger rebound, as well as greater demand for flights with no stopovers. Qantas said Monday that demand on key routes to London, Los Angeles and Johannesburg already exceeds pre-Covid levels.

Qantas’s A350s will be configured to carry 238 passengers in four classes — first, business, premium economy and economy. Most A350s carry more than 300 passengers, according to the carrier. The planes will have an extra fuel tank to extend their range so they can fly the distances required.

In a post-Covid world in which geopolitical tensions are also likely to increase, the ultra-long services will have a unique appeal because they bypass travel hubs, said Rico Merkert, professor of transport at the University of Sydney’s business school. That means the flights will command higher fares and be more profitable for Qantas, he said.

Plans for the unprecedented services have been underway since at least 2018. Early that year, Joyce challenged Boeing Co. and Airbus to come up with an aircraft that could fly the ultra-long routes with a full load and still land with fuel in hand for emergencies.

Qantas originally dreamed up cabin interiors to help passengers survive such marathon flights. At one stage, Joyce reckoned there was scope to incorporate bunk beds, child-care facilities and even somewhere to work out on the plane.

The commercial reality is set to be less glamorous. Qantas said Monday the plane’s economy seats will have two more inches of legroom, though the first-class cabins will come with a seat, a bed and a door.

More than 40% of the cabin will be premium seating compared with about 30% in Qantas’s Boeing 787s and Airbus A380s. The new planes will have “a wellbeing zone” in the middle where passengers can stretch or take a break.

Qantas also said a rebound in business air travel has been steeper than expected. Demand from small businesses is above pre-Covid levels and corporate travel is 85% recovered, it said.

In the current quarter, Qantas’s domestic capacity will be 105% of 2019 levels. International capacity is expected to be just under 50% in the same period, rising to around 70% in the quarter starting July, the airline said.

Qantas also confirmed a domestic fleet order, announced in December, for 40 A321XLRs and A220 aircraft, as well as options for 94 more jets over at least a decade. Those aircraft will replace the airline’s aging Boeing 737s and 717s.