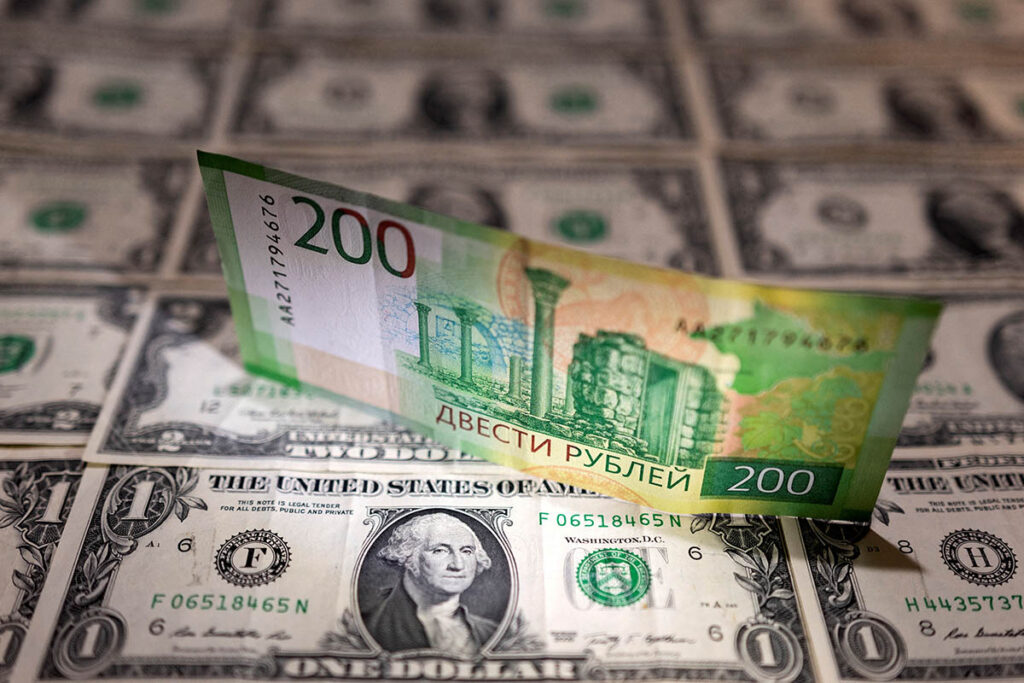 The Russian rouble eased slightly in light trading in Moscow on Friday, heading towards a psychologically important threshold of 100 against the dollar ahead of the central bank’s board meeting.

The Bank of Russia is in focus as it will hold a regular rate-setting meeting after hiking the key interest rate sharply to 20% in late February following the start of what Moscow calls a “special operation” in Ukraine.

Analysts polled by Reuters had on average expected the central bank to keep rates unchanged.

Governor Elvira Nabiullina, who was nominated for another term by President Vladimir Putin earlier on Friday, will present the rate decision and shed more light on future steps at 1200 GMT.

The rouble showed limited reaction to an indication that Russia may have averted default on its Eurobonds.

A source familiar with the situation told Reuters that coupon payments on Russian sovereign bonds due this week were received by correspondent bank JPMorgan, processed and the bank then made an onwards credit to the paying agent Citi.

The rouble has taken a hit in the past few weeks from unprecedented Western sanctions against Russia along with increased demand for foreign currency that prompted the central bank to ban the selling of cash dollars and euros to individuals at banks’ offices.

A month ago, the Russian currency traded at around 76 to the dollar and 85 to the euro.

Trading on the stock market section on the Moscow Exchange has been closed since Feb. 28.