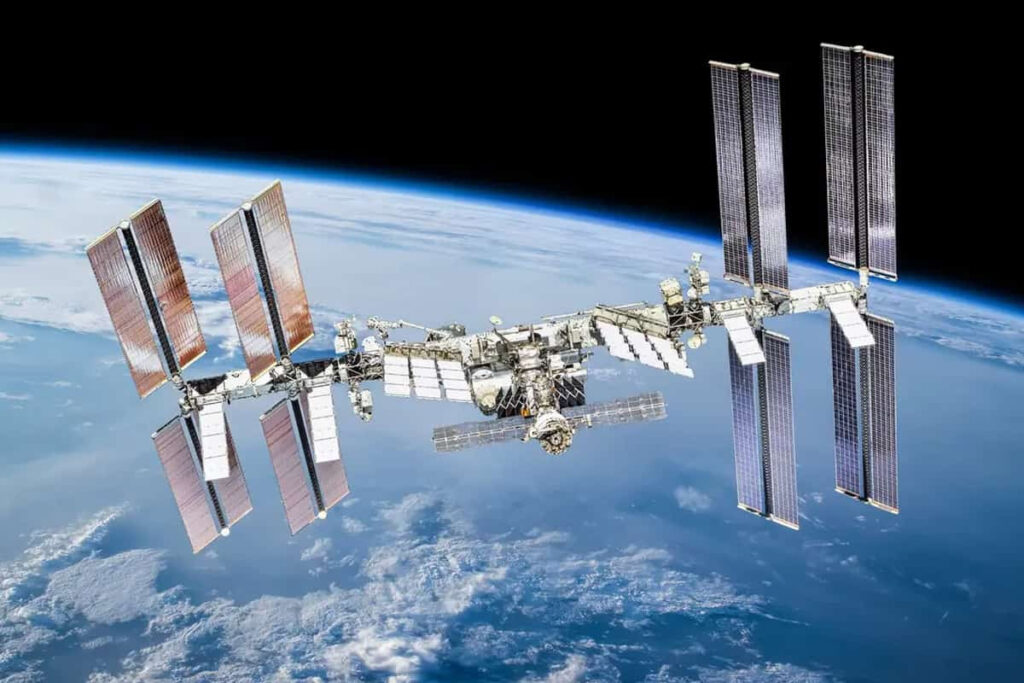 Russia has threatened to end cooperation with other countries on the International Space Station (ISS) until the sanctions are lifted that were imposed on the country after it invaded Ukraine.

Dmitry Rogozin, the head of Russian space agency Roscosmos, posted on Twitter that the “restoration of normal relations between partners” on the ISS and other projects is only possible with the “complete and unconditional lifting of illegal sanctions”.

“The position of our partners is clear: the sanctions will not be lifted,” Rogozin said late on Saturday.

“The purpose of the sanctions is to kill the Russian economy, plunge our people into despair and hunger, and bring our country to its knees.”
Roscosmos will soon determine a date on when to halt Russia’s involvement with the ISS.

In his tweets, Rogozin said he has appealed to lift the sanctions in letters to NASA, the European Space Agency, and the Canadian Space Agency.

“The head of NASA, Senator (Bill) Nelson, the head of the European Space Agency, Josef Aschbacher, and the head of the Canadian Space Agency (CSA), Lisa Campbell, responded to my appeal to them demanding the lifting of sanctions against several enterprises in the Russian rocket and space industry,” he further tweeted.

In response, NASA administrator Nelson said that “the US continues to support international government space cooperations, especially those activities associated with operating the ISS with Russia, Canada, Europe, and Japan”.

“New and existing US export control measures continue to allow cooperation between the US and Russia to ensure continued safe operations of the ISS,” he added.

The CSA responded to Rogozin’s request, saying that “I can assure you that Canada continues to support the ISS program, and is dedicated to its safe and successful operations”.

ESA head Aschbacher replied that he will pass on Rogozin’s request to the agency’s member states for assessment.

Rogozin had strongly reacted to the sanctions imposed by US President Joe Biden.

NASA last week said that Russia was “moving toward” extending its cooperation on the ISS until 2030.

The US space agency and Russia’s state space corporation have been the two largest partners on the ISS for the last three decades.

The two organizations have agreed to work together on the ISS through 2024, but on December 31, 2021, the Biden administration committed to extending the ISS operations through 2030.

Russia has not formally agreed to the extension yet.