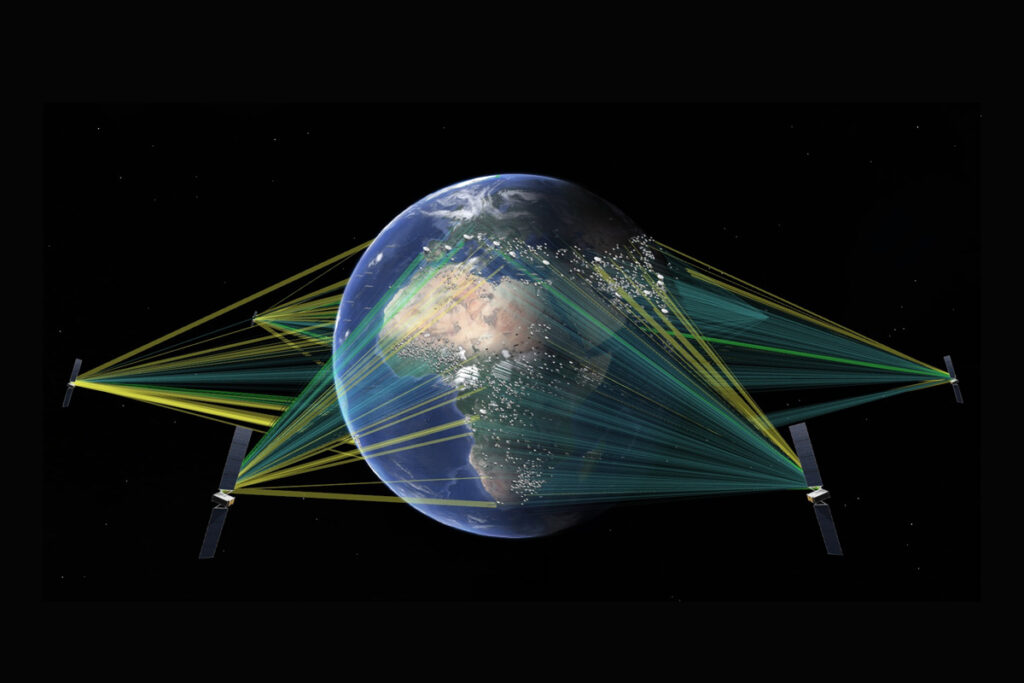 SES is considering plans to provide 5G services directly to handheld devices after rescuing spectrum rights for 62 proposed satellites that were about to expire.

Luxembourg’s government filed an application in 2015 to international regulators at the ITU for the constellation, dubbed Cleosat, but faced losing it until SES used at least one of its satellites to secure the frequencies on May 10 — two days before the deadline.

Luxembourg had issued a call for proposals from companies interested in taking on the project on Dec. 16 as its seven-year deadline neared and picked SES early this year to operate Cleosat.

“SES applied for this filing through the Lux govt because we recognize the potential of direct-to-handheld 5G satellite connectivity in the years to come,” SES vice president of external communications Suzanne Ong said via email.

“We haven’t made any decision to significantly invest in this technology at this stage, and will in the coming months do our due diligence of assessing the market and business plans.”

The company has not disclosed further information about the plans, and Luxembourg’s government has not spoken in detail about what it had in store.

When Luxembourg issued a call for companies seeking control of Cleosat’s regulatory filing in December, it said the services it foresees for the network are global and include mobile satellite services, fixed satellite services, and tracking and telecommand services.

The proposed Cleosat constellation uses multiple frequency bands from around 1.5 GHz to 29 GHz, covering 62 satellites across eight planes in non-geostationary orbits between 519 and 8,062 kilometers.

It is unclear whether SES is looking at ways to provide connectivity to smartphones and consumer devices, similar to the businesses that satellite startups AST SpaceMobile and Link Global are developing.

Satellite networks in general are set to become more compatible with terrestrial wireless infrastructure as 3GPP, the mobile industry association, works to incorporate satellite frequencies within global 5G standards for the first time.

Satellite operators hope these standardization efforts will mean backhaul and other space-based capabilities can be integrated more easily into terrestrial networks, enabling them to capture a larger share of the telecoms market.

Globalstar continues to face speculation that its satellites could be used to connect Apple iPhones for emergency services.