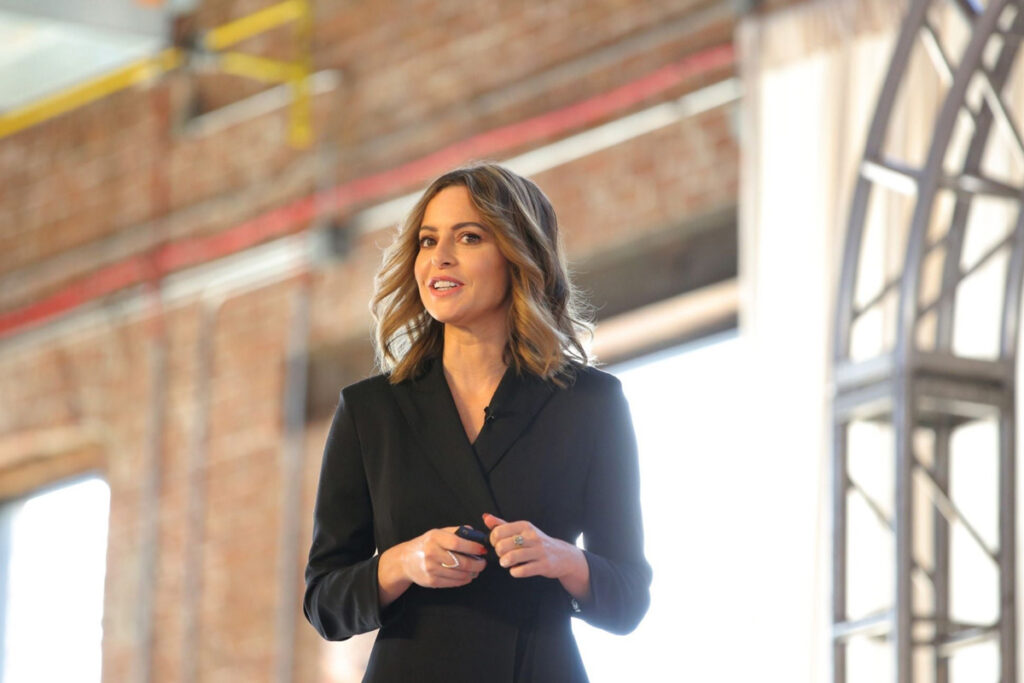 As a former entrepreneur looking to get back into the game, JoAnn Gonzales was looking for inspiration heading into Thursday’s The Bakersfield Women’s Business Conference. It arrived almost immediately.

The Bakersfield businesswoman was sitting in a morning workshop with dozens of other local professionals when it occurred to her she had relied too heavily on her own resources and failed to take advantage of the help available locally. She also realized others around her had done the same.

“It made it very transparent that I’m not the only one who made those mistakes,” said Gonzales, who left the meeting convinced that, despite all she’s been through, her best was yet to come. “Success comes out of failure.”

That message — that it’s possible to begin again and make a success of yourself through personal guidance and self-assurance — was at the heart of the 32nd annual event inside the Mechanics Bank Arena, Theater and Convention Center.

It started with the event’s motto, “Embrace All That is You,” and continued with the theme of one of the event’s keynote speakers, three-time Paralympic medalist in snowboarding Amy Purdy, now an author and motivational speaker.

After losing both legs to bacterial meningitis at the age of 19, Purdy said she eventually had no choice but to accept the person she had become.

“I learned to embrace it. And it opens so many doors,” Purdy said at a news conference near the start of Thursday’s event.

What does that mean for businesswomen? Be patient with yourself, she said: Challenge yourself. Take baby steps as necessary, but above all, keep going.

Also, don’t fall for what she calls “impostor syndrome,” which happens when even the most competent entrepreneurs fall into the trap of believing they’re not worthy.

“You have everything that you need to succeed,” she said, “whatever business that you’re doing.”

Thursday’s conference, was considered a hybrid event because its many presentations were available to remote attendees who took part online, including a trade show of sorts with booths staffed by retailers and local nonprofits.

There were also a dozen workshops covering a wide variety of topics, from cultivating resilience and building a brand to individual small business consultations.

The one Gonzales attended starting at 10 a.m. was called “7 Key Steps … Solopreneur,” led by Norma Dunn, director of the Kern Women’s Business Center.

One of the workshop’s speakers sharing her personal experiences as a local entrepreneur, Leticia Velasquez, said she cried when her business closed. She thought at the time it was the worst thing that could happen.

But it wasn’t. Now owner of Mix Salon & Touchup Bar in downtown Bakersfield, she is launching her own line of hair extensions. The failure she thought was the end turned out to have led to a new beginning.

“Now, in retrospect, I think it is all part of God’s design for my life,” Velasquez said.

Dunn offered a whole list of tips. Assemble a network of supportive women off whom you can bounce ideas, she advised her audience. “Brain dump” your business ideas into a journal so you can be receptive to new ones. Don’t become bogged down by critical comments from family members. Reverse-engineer your financial goals.

Another of her suggestions was to avoid trying to perfect your business before launching it. She said it’s often better to listen to customers along the way and adapt to customer feedback.

One of her guests was Deanna Blaise, senior vice president of member business services at Bakersfield-based Valley Strong Credit Union. She contributed several pieces of practical advice to aspiring and existing business owners.

Blaise suggested that “solopreneurs” partner with a bookkeeper or someone else who can offer the kind of coaching that provides a good foundation on essentials such as cash flow and balance statements. She referred the audience to free consulting services such as are available through Cal State Bakersfield’s Small Business Development Center and Central Valley SCORE.

Make sure to choose an adviser who isn’t afraid to ask hard questions, Blaise said, because otherwise there’s a risk of being led astray. Also, choose someone who relates to you.

“You can surround yourself with a village that can help you achieve what you want to achieve,” she said.