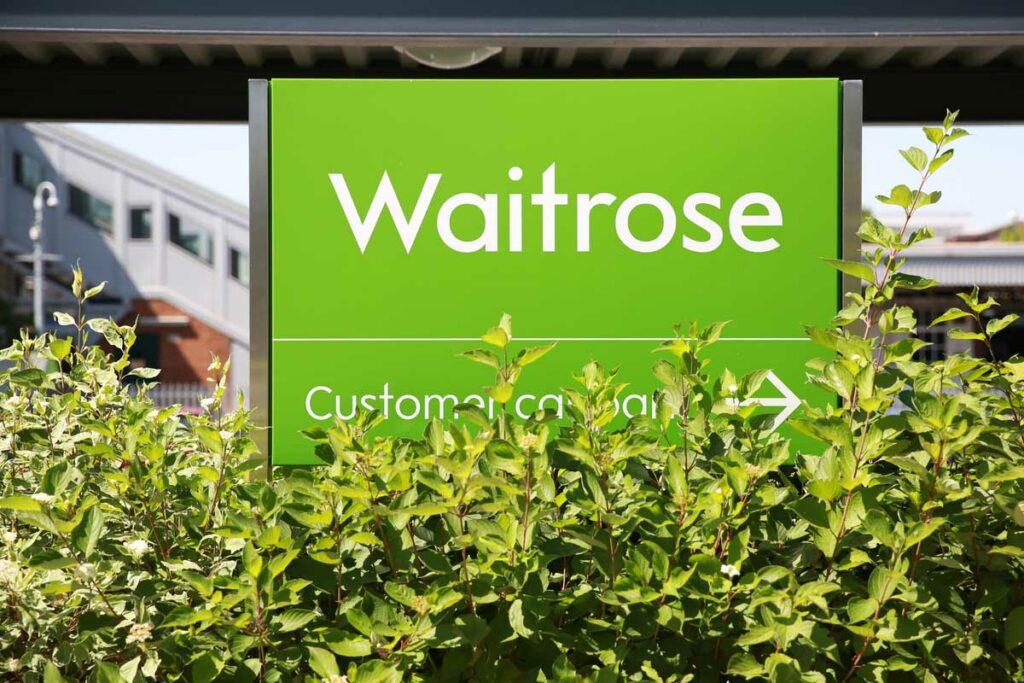 Waitrose has sent a legal letter to Asda after its rival unveiled a similarly-named discount product range.

Asda announced its Just Essentials range on Monday, promising an expanded line of low-cost products in all its stores from May to help shoppers with the cost of living.

But Waitrose said the branding is too similar to its own Essential Waitrose range launched in 2009.

Asda’s new value range will replace its current Smart Price range, which was criticized by food poverty campaigner and chef Jack Monroe for not being available in all Asda stores.

Waitrose, which is owned by the John Lewis Partnership, said it had written to Asda raising trademark concerns and was awaiting a response.

“We were surprised to hear that Asda is launching an essentials range as the Essential Waitrose brand has been in use since 2009 and has built up a strong reputation for value, quality, and higher welfare standards in that time,” said a Waitrose spokesman.

“As we’ve also protected the name as a trademark, we have raised this with Asda and are awaiting a response.”

An Asda spokesperson said: “The word ‘essentials’ is a generic and commonly used term by retailers to describe their value product ranges.”

Asda, which was bought by the billionaire Issa brothers and their backers TDR Capital in 2020, says the Just Essentials by Asda range will include 300 low-cost products.

At the moment its value Smart Price and Farm Stores ranges have 200 products.

Ms. Monroe criticized the supermarket last month for taking value ranges off its shelves and raising prices at times when many household budgets are being squeezed.

Following her comments, the supermarket chain promised to stock its budget ranges in all 581 supermarkets and online.

Mohsin Issa, co-owner of Asda, said: “We understand that customers are increasingly worried about the cost of living and want help to keep their grocery bills in check, whilst still being able to buy healthy and nutritious food for their families.

“Our new Just Essentials range has been specifically designed with this in mind, combining our lowest prices with a much larger and more diverse range of great value products to meet all household needs.”

The cost of living was rising before Russia invaded Ukraine, but the war there has pushed food, fuel, and energy bills higher.

Catherine Shuttleworth, the founder of Savvy Marketing, said Waitrose’s actions were likely to have been driven by concern it could lose shoppers to Asda with people shopping around more due to rising prices.

“It’s very easy to segregate shoppers on where you think they are likely to shop but there are many more factors – for example, it depends where you live and which big stores you have access to.

“Brand matters less and it’s more about getting the best price possible,” she said.

Ms. Shuttleworth said the difference between supermarket brands was “very slim” and Waitrose’s move showed how competitive the battle for shoppers had become.

However, Steve Dresser, chief executive of Grocery Insight, said Waitrose had reduced its presence in the north of England by gradually closing more stores whereas Asda had expanded there.

Mr. Dresser said that this geographical division meant there would be less crossover in the shoppers that Asda’s new range is targeting as there are fewer areas where the two supermarkets are in direct competition.

UK inflation hit a new 30-year-high of 6.2% in the 12 months to February, with food prices up 5.1%. And according to research firm Kantar, supermarkets have been passing on their rising costs to consumers.

Shoppers are increasingly turning to discounters Aldi and Lidl, Kantar added, with both retailers seeing their share of the grocery market grow in February.

On Monday, budget supermarket chain Iceland warned the Ukraine war was pushing up the price of commodities like wheat and could cause shortages of ingredients.

Together, Russia and Ukraine make up 30% of global wheat exports.

“Our suppliers of meat, poultry, eggs, dairy products and a range of other foods are not just warning us of massive inflationary pressures hurtling towards them: they are seriously worried about whether they will be able to secure key ingredients at all, or have the diesel to transport them to depots and stores if they do.”

The retailer said it will reverse a decision to stop using palm oil in its own-brand products due to a shortage of sunflower oil caused by the war.

Ukraine and Russia account for 70% of the global supply of sunflower oil, but Mr. Walker said the ingredient had “suddenly become unobtainable.”