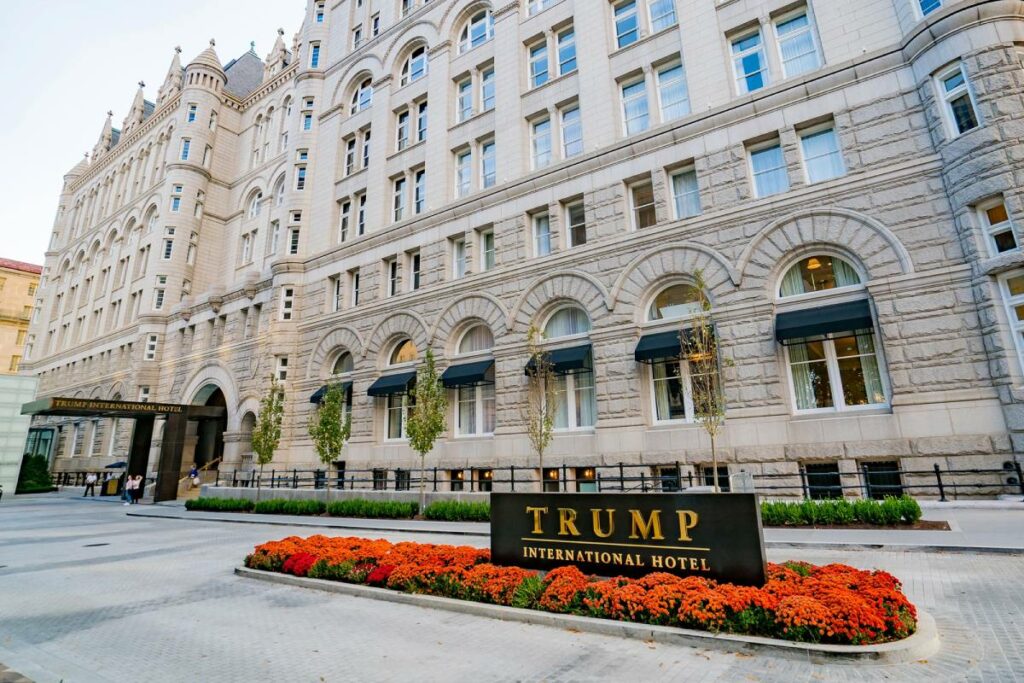 The lease to the Washington, D.C., hotel run by Donald Trump’s family company while he was president, a symbol of his power to GOP politicians who gathered there and of corruption to his critics, has been sold by his family company to a Miami-based investor fund.

The Trump Organization said Wednesday that it had completed the sale of a long-term lease of the Trump International Hotel to CGI Merchant Group of Miami for what it described as a record price per room for the city. Sources close to the deal demanding anonymity to discuss the private transaction have said that the price was $375 million, handing the Trump family business perhaps as much as $100 million in profit.

The new owners planned to remove the Trump name from the facade and rebrand the hotel a Waldorf Astoria. Workers were seen removing signage from the hotel Wednesday night.

Many hotel brokers, owners, and consultants did not expect the 263-room hotel down the street from the White House to fetch such a high price. The hotel lost more than $70 million during the four years of Trump’s presidency, including each year before pandemic shutdowns.

The high price, equivalent to more than $1.4 million a room, has drawn scrutiny from Democratic lawmakers. The U.S. House Oversight Committee earlier this month requested documents from CGI listing all of its investors.

The hotel was a magnet for lobbyists, diplomats, and others seeking to curry favor with the president. Democrats said it sullied the reputation of the presidency, pitted his financial interest against public interest and possibly broke the law. Several lawsuits challenging his ownership of the lease were unsuccessful.

The hotel is the former Old Post Office building, and it’s still formally owned by the federal government. The Trump Organization won rights to fix up the building and run it as a hotel in exchange for paying the government annual rent and a cut of profit upon a sale.