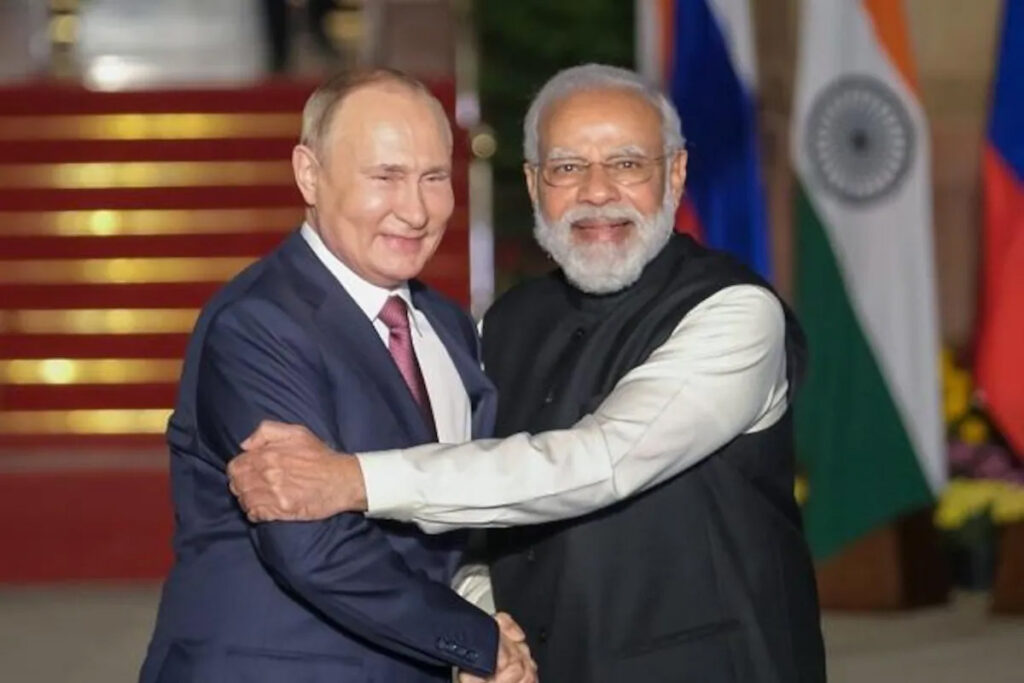 Leaders across the world have India on their minds.

And, that points to what’s going on with all these foreign diplomats visiting India at the same time.

The tug-of-war is on between two major blocs. There’s the US, along with its allies in the West and the Indo-Pacific, on one side. On the other end are Russia and China. Russia’s invasion of Ukraine, and the sharp polarization that it has led to, are the triggers. And, India is the prize.

So, what has put India in this position?
Well, New Delhi has developed close ties with Washington in recent years. Along with the US, Japan, and Australia, India is a key member of the Quad grouping that seeks to counter an increasingly assertive China. However, India also has longstanding military and economic ties with Russia.

All of this has put India in a unique position when it comes to Ukraine.

India has called for a ceasefire and diplomatic solution to the ongoing crisis. It also refrained from backing a Russian resolution that sought to deflect the blame for the humanitarian crisis it has created in Ukraine.

But that’s not enough for the West, which has been pressing New Delhi to shift its position at the United Nations, where it has consistently abstained from resolutions criticizing Moscow for its actions.

Then there is the fact that India continues to buy Russian crude oil, even as pressure mounts to isolate the Kremlin.

Now that we have some sense of India’s position, let’s see what the various players involved want. For Russia, the goal is clear. Even if India is not on board with its invasion of Ukraine, Moscow will want New Delhi to continue its middle-ground position in the war. And of course, Russia would want India to go on trading with it.

But, what else might the Russians and the Chinese want from India, at a time when they stand isolated internationally?

Now, let’s come to the US and the Western bloc. There’s something that bothers them more than India not publicly criticizing Russia.
The US and Australia condemned India for considering a plan to make rupee- ruble-denominated payments using an alternative to SWIFT. The plan involves making payments using Russia’s messaging system, SPFS.

The US and its allies fear such arrangements would undermine the sanctions imposed by them.

And, in what could be considered a warning for India, the US has said that there will be consequences for countries that actively attempt to “circumvent or backfill” American sanctions against Russia.

While India deals with the challenges arising from the Ukraine conflict, it should also look at the emerging opportunities.

Relations with Moscow are important because of the defense and strategic ties with India. India has also found strategic convergence with the US, other Quad countries, and some western nations when it comes to Chinese aggression. Equally important is the fact that trade volume with Russia is small compared to how much India trades with the US and its allies. These trade ties, take for example Japan’s recently announced investments, are vital for India. The government will have to find a way to deftly balance these diverging interests.

SPFSUkraine
Previous ArticleRussia Threatens To Suspend ISS Cooperation if Sanctions Not LiftedNext ArticleRupee Surges 19 Paise To End at 75.55 Against US Dollar