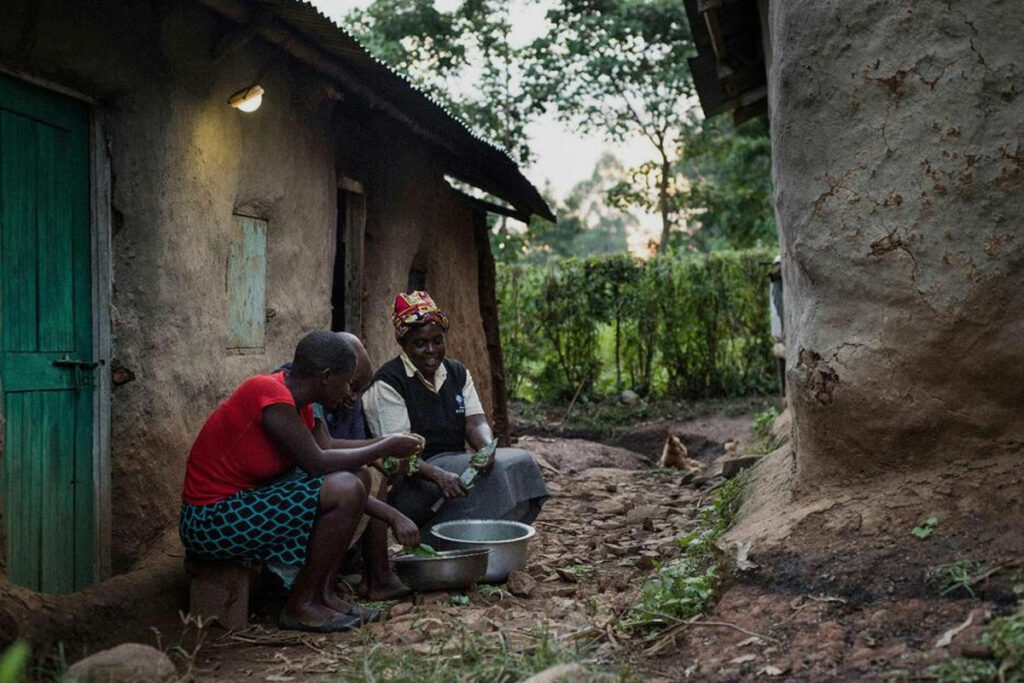 A glossy book is arriving at the homes and offices of America’s wealthiest individuals. Inside is a charity pitch that aims to raise as much as $6 billion for nonprofits fighting global poverty. The proposition? Donate and get results — or your money back. The advocacy group Global Citizen and the finance firm NPX are engineering this campaign. It targets Forbes 400 billionaires, Giving Pledge members, and the wealthy generally — a group increasingly criticized for what is seen as tight purse strings. The drive launched recently with dinners, meetings, and a Wall Street Journal ad that asked: “Will you donate … if we achieve results?”

Initially, the effort aims to raise at least $150 million through six $25 million funds. Each of the programs could absorb as much as $1 billion, according to campaign officials. The drive is an unusually large effort to tap two big sources of capital — the wealth of individual philanthropists and the funds amassed for impact investments that seek both social and financial returns. It also is a test of whether a “pay for results” model can get millions of dollars that are earmarked for social good but sitting on the sidelines — including more than $1.3 trillion in foundation assets, $160 billion in donor-advised funds, and an estimated $700 billion managed by impact-investment firms. Lots of high-net-worth individuals worry that their money won’t be well spent or that results won’t follow, says Lindsay Beck, co-founder of NPX. They declare themselves ready to give — if they see a clear line to results.

“I’ve heard that in lots of one-on-one meetings,” Beck says. “And that’s what we’re solving for here. We’re saying, ‘OK, here are the results.’”

The “pay for results” financing plan would work like this: Donors would commit to gifts, but the money would be released only as measurable outcomes are achieved. For example, $500 from a gift might be awarded for each woman lifted out of poverty. If the nonprofit missed its targets, donors would be able to shift donations to another project or organization. NPX and other impact investors, meanwhile, would loan the money for the program expansion. Their repayment, which would draw on the cash from the donors, would be based on results as well. If results were high, the return would be high, and vice versa.

Global Citizen and NPX reviewed these programs to ensure their results were backed by evidence and they could scale quickly. Research on International Rescue’s tutoring program, for instance, found that third-graders gained a year and a half in reading comprehension and fluency reading aloud after 21 weeks of instruction. The cost: $63 per child. Capital to bring these programs to scale is all that’s needed, says NPX’s Beck. “Solutions exist. We know how to bring access to clean water. We know how to educate children. We know how to increase food security. We know how to plant trees and sequester carbon.”

For many years, Global Citizen has advocated for increased government spending to address the UN 2030 Sustainable Development Goals, according to Mick Sheldrick, the organization’s policy chief. More recently, it has tried to persuade the wealthy to open up their wallets through a Give While You Live campaign, urging the world’s billionaires to donate 5% of their wealth every year to important causes like COVID-19 relief. Linking donations to results could motivate big philanthropy in ways not seen before, Sheldrick says. “This is a case study. The potential really has no limits if it works.” Each of Global Citizen’s proposed deals would create a financing arrangement similar to a “social-impact bond.” Typically, with impact bonds, private investors provide upfront capital for an effort on climate, social services, and the like. A municipality or a regional or national government agency repays the investor — with interest — based on the program’s success.

The proposed Global Citizen impact bonds are unusual both in size and in philanthropy’s role paying for outcomes, says Emily Gustafsson-Wright, a Brookings global economy and development senior fellow. If completed, she adds, it would be the largest outcomes-based program in which philanthropy alone provided the outcomes funding. The Quality Education India Development Impact Bond, which aims to improve outcomes for more than 200,000 primary-school students, counts only philanthropy among its outcome funders. They are the Michael and Susan Dell Foundation, Comic Relief, the Larry Ellison Foundation, and the Mittal Foundation. But their combined commitment is only $9.2 million over four years. Presented together, the six Global Citizen funds are intended to make donors an offer they can’t refuse. “To be honest, it removes an excuse not to give,” Sheldrick says. “A donor can’t say: ‘You don’t cover my issue.’”

Chris Stadler, chair of Global Citizen and managing partner of the private-equity firm CVC Capital Partners, said he plans to make a mid- to high seven-figure contribution split between a donation and an impact investment. Investors will like that the programs are proven, Stadler says, which means there’s little risk to their principal. Donors will appreciate that their money pays only for results. “We’d like to help connect people who are having trouble finding impact that can scale,” Stadler says. Global Citizen and NPX expect executives in the financial industry will be drawn to the model, but also the wealthy generally. NPX donors include five members of the Giving Pledge: Richard and Joan Branson; Charlie and Candy Ergen; Gordon Gund (who signed the pledge with his late wife, Llura); Lyda Hill; and Pierre and Pam Omidyar.